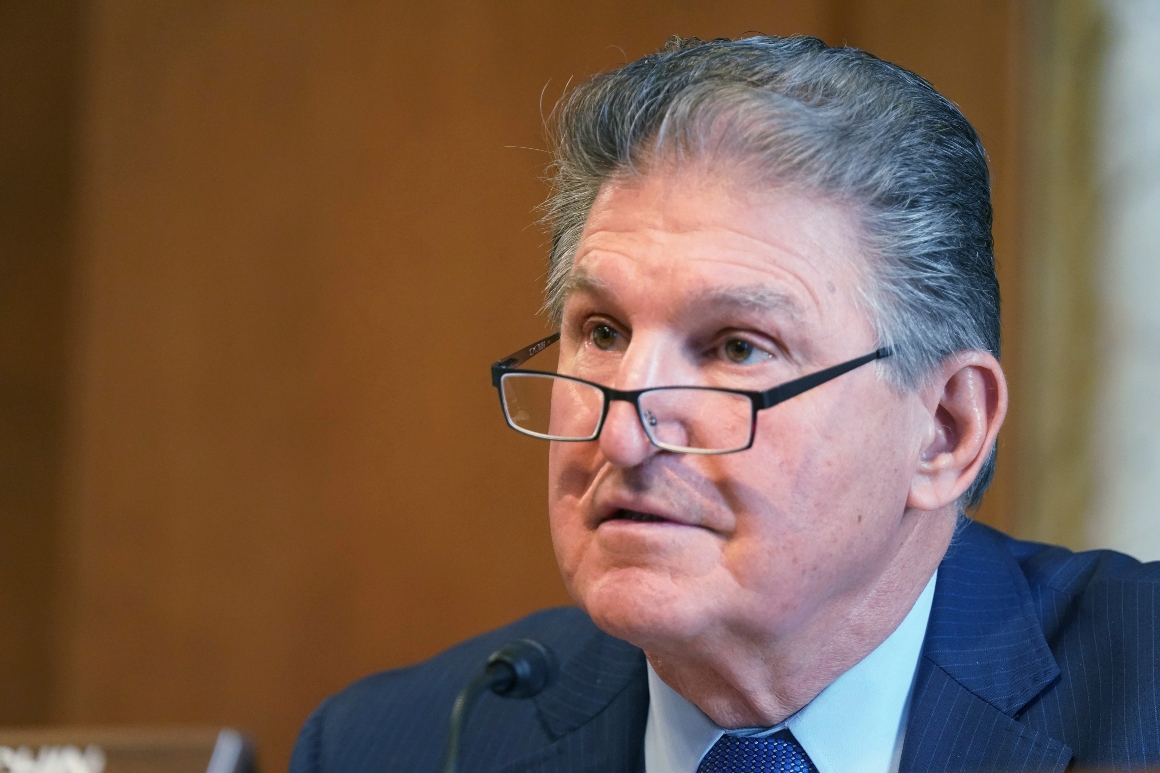 “Jiminy Christmas, buddy. That’s why I even hate to say anything to you,” Manchin said in a Tuesday interview.

“I want to make it very clear to everybody: There’s no way that I would vote to prevent the minority from having input into the process in the Senate. That means protecting the filibuster,” he added. “It must be a process to get to that 60-vote threshold.”

Statistically speaking, so far the Senate GOP has not filibustered anything this year. That’s likely to change as soon as Schumer starts putting House-passed legislation on the floor that lacks the 10 Republicans needed to move forward.

But Manchin said that before Democrats start talking about finding a way around their math problem, he wants to see an effort at bipartisanship. Notably, he’s said he would prefer to see an infrastructure bill — President Joe Biden’s next major spending priority — passed with Republican support, not using the budget reconciliation process to permit passage with a simple Senate majority.

“I haven’t seen an effort by our leadership to go sit down and work with them. No one’s making any effort at all. They just assume it’s going to be holy warfare,” Manchin said.

He said his comments on Sunday were given too much hype: “They must have read a lot more into that than just saying: ‘Let’s look at any way we can to preserve the filibuster.’ [That’s] where I was going. If you have other ideas, let’s talk about it.”

Despite Manchin’s seemingly unshakable position, there’s an undeniable swell among Senate Democrats to do away with the Senate’s supermajority requirement to pass most bills. Among those publicly advocating changes to the filibuster in recent days are Amy Klobuchar and Tina Smith of Minnesota and Catherine Cortez Masto of Nevada.

And now that they’ve approved a $1.9 trillion coronavirus relief bill, Senate Democrats are weighing their next move with their slim majority. Many progressive bills passed by the House, like election reform, police reform or new LGBTQ protections, do not have the support in the Senate at the moment to become law.

Schumer is likely to put those bills up for votes anyway to demonstrate that Republicans oppose the policy shifts, he said in an interview over the weekend. That public display of insufficient GOP buy-in for changes could be the first step toward building a case that the filibuster needs overhauling in order to enact the rest of Biden’s agenda.

“We’re going to figure out a way. It’s a passion of mine to get [election reform] done, when you see what they’re doing in the states to change voting rights,” Schumer said. “Everything’s on the table. We have to. What is not an option is not getting bold things done.”

Sinema, in fact, would prefer to overwrite previous filibuster changes to reinstate the 60-vote requirement for nominations that Democrats first eased in 2013 and Republicans removed for Supreme Court picks in 2017.

“My position on the filibuster has been steady my entire career,” Sinema said in a February interview. “I would always oppose efforts to eliminate the filibuster.”

If Sinema is open to more modest reforms, she hasn’t said so yet. She said in a recent letter to a constituent that she supports the 60-vote threshold for “all Senate actions.”

Manchin’s support for a 60-vote threshold to continue, then, would eliminate the central reform envisioned by a classic talking filibuster. Former Sen. Tom Harkin (D-Iowa) proposed decreasing the number of votes needed to overrule the talking filibuster, depending on how long the obstruction goes on.

Democrats might be able to change the filibuster rules in 2023, provided they pick up Senate seats with anti-filibuster candidates such as Pennsylvania Lt. Gov. John Fetterman. But waiting is a risk as well: Democrats hold majorities in both chambers now, and losing even the House during the midterms would make a filibuster overhaul irrelevant.

So despite the considerable obstacles to changing the rules, the Democratic caucus’ filibuster critics continued to make their case.

“McConnell is determined to exploit the filibuster and fight progress on the most urgent crises facing our nation,” Cortez Masto said Tuesday in endorsing a talking filibuster requirement. “If he wants to block action on health care, climate change and voting rights, he should have to stand on the Senate floor and be transparent about his obstruction.”