Biden wants to cement a governing majority. His Build Back Better bill is his plan to do it. 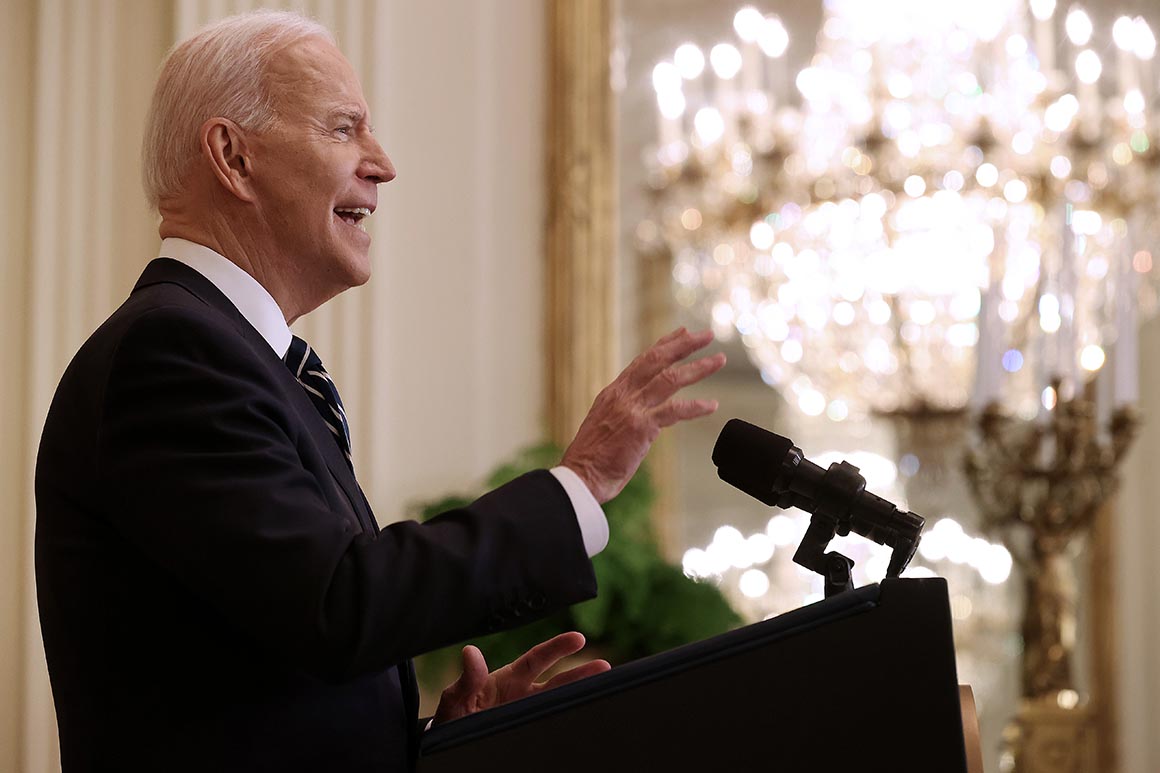 “This is a real opportunity to redefine what our economic profile is going to be like — with an aspect of the building part and the caring part — and really could be definitional for our party for the next 50 years,” said Celinda Lake, a Democratic pollster and adviser to Biden’s 2020 campaign.

Spurred by the pandemic, Lake said, the belief in government as a solution “is here to stay for a while, and I think at least through 2022. But the other question for progressives and Democrats is how we solidify this as a permanent view of what the role of government is rather than just [intervening] during a crisis.”

Bidenworld’s bet that voters, particularly those who drifted to the party during the last four years, will reward government intervention is diametrically at odds with the strategies previous Democratic presidents adopted early in their administrations. But Biden’s advisers insist that Americans are in no mood to reward politicians for blocking actions that, among other things, help the millions of women who have been driven from the workplace as schools shut their doors to in-person learning.

And for Biden, whose first major legislative push was a $1.9 trillion Covid-relief package, the assumption is that his party and the majority of the country will rally behind a plan that both fuels the economy and restructures it for working families. The second component of Biden’s infrastructure package will likely invest more in child care, extend the new expanded child tax credit and make community college tuition free. The administration is also expected to include provisions on universal preschool and extend Affordable Care Act subsidies in its still unveiled next legislative push.

“Ever since Reagan, the concept of ‘let’s shrink government’ has been a fairly popular one among some people,” said Rep. Susan Wild (D-Pa.) a swing-state member who has focused extensively on care issues. “And yet, the truth of the matter is that what we discovered with a global health emergency is that you actually do need government for some things, and that a lot can be accomplished — not just on the health side of it, but also the recovery piece of it.”

“I think that that has enlarged people’s way of thinking about government and what the proper role of government should be,” Wild added.

Republicans aren’t willing to concede that the era of big government has reemerged. The party is already trying to target the cost of Biden’s plans while arguing that huge chunks of the new administration’s proposals don’t fall under the traditional infrastructure umbrella.

Rep. Tom Emmer (R-Minn.), chair of the National Republican Congressional Committee, said this week that Democrats are trying to fund a “radical-left socialist agenda.” Senate Minority Leader Mitch McConnell broadly dismissed the infrastructure bill as “another round of massive spending with a huge tax increase.”

And former New Jersey Gov. Chris Christie snickered about the vast federal outlays on child and elder care. “Now the ‘care economy’ is infrastructure,” he said on ABC’s “This Week.” “The care economy. I don’t even know what the hell the care economy is.”

White House officials and their Democratic allies in Congress are pushing back, seeking to frame a debate they anticipate will play a major role in the midterms, and one that could complicate Republican efforts to bring traditionally GOP voters back into the fold in 2024.

“If they want to pick a fight about whether these things that are foundational to families’ ability to put food on the table and do their jobs are infrastructure or not, that is a fight we welcome,” said Kate Bedingfield, the White House communications director.

Rep. Emanuel Cleaver (D-Mo) said that Biden will have to “hold the line” on spending given the many desires within his party. But he acknowledged that the plan’s tax hikes, which were included as pay-for provisions for the initial piece, do represent a risk.

“The only part that’s dangerous is if Republicans get ahead of Democrats in the messaging, they can portray that as a tax increase,” Cleaver said, suggesting Democrats must be ready to retort that the taxes in the infrastructure package don’t apply to the majority of Americans.

“It doesn’t impact the everyday people, but the danger of course, is people saying, ‘the president’s raising your taxes,’” Cleaver said. “Well, most people won’t understand that when they say raising your taxes, they’re only talking to a handful of people who earn more money than 200 million Americans together. The Republicans have been masterful in that kinda messaging.”

The battleground where much of this will play out is likely to be the suburbs. Biden’s 2020 campaign targeted the diversifying communities and the souring of Republicans and independents there with former President Donald Trump. And in turn, suburban voters were decisive in several key states, including Arizona, Pennsylvania and Georgia. In the Peach State, some of the same voting blocs helped Democrats pull off surprise Senate runoff victories weeks after Biden’s own.

House Democrats have begun setting their sights on an initial slate of nearly two dozen GOP-held districts, whose representatives voted against Biden’s Rescue Plan and its direct payments to Americans.

While their focus in the upcoming legislation is on taxes, the vulnerability for Republicans is that the specific policies embedded in Biden’s care economy plan remain as popular as they are today and become defining achievements for Democrats. A Politico/Morning Consult survey taken through March 29 found strong majority support among suburban voters for extending the child tax credit (60 percent); free community college (58 percent); universal pre-k (57 percent) and extending Obamacare subsidies (57 percent).

Across more than five dozen competitive congressional districts, a recent Hart Research poll commissioned by paid-leave advocates made up of labor, civil rights and other groups found that 67 percent of Republicans and 87 percent of Democrats favor legislation to give workers up to 12 weeks of paid leave if they have a serious health condition, are caring for a family member, or are having a child. Support is fairly consistent across regions and districts.

House Democrats this week vowed to include paid family and medical leave for every worker in the infrastructure package and the advocates are calling on Biden to specifically back a national program that provides 12 weeks of paid family and medical leave to workers through direct payments, which, they believe, could pass through budget reconciliation.

As the White House did with its nearly $2 trillion Covid-relief plan, they are already drawing a contrast between local Republicans’ embrace of paid-leave programs and the opposition of national Republicans in Washington.

“The pandemic has only underscored the deleterious effect on women’s labor force participation, on health and wellbeing and on economic security when people don’t have access to paid leave,” said Vicki Shabo, senior fellow for paid leave policy and strategy at New America’s Better Life Lab, turning to the politics of the issue.

“This is a long overdue policy that both has the capacity to touch every working family, but also really has the potential to show voters and citizens across the country that the government can create a program that works for them, that meets their kitchen table needs,” Shabo said.

Higher education advocates are offering similar pitches for free college, pointing to tight congressional districts where youth turnout surged in recent elections and reminding Biden that he outperformed the last Democratic nominee among voters 18 to 29 years old. And advocates for bolstering elder care, like Rep. Wild, want to build up the support network of home care workers so families without needed resources or access to assisted-living facilities aren’t forced to fend for themselves.

Republicans who oppose the package will pay a political price, Wild predicts. Ultimately, however, she thinks their fear of joining Biden is greater than any risk of standing against him.

“Unfortunately, I suspect that the GOP recognizes how essential it is, but they don’t want to go through with it because it looks like a win for Democrats,” she said. “Which gets to the heart of what I always say is wrong with Washington: Neither side ever wants to hand the other side a ‘win.’ So, let’s all get together behind it, and call it a joint win.”

With reporting by Laura Baron Lopez and Natasha Korecki