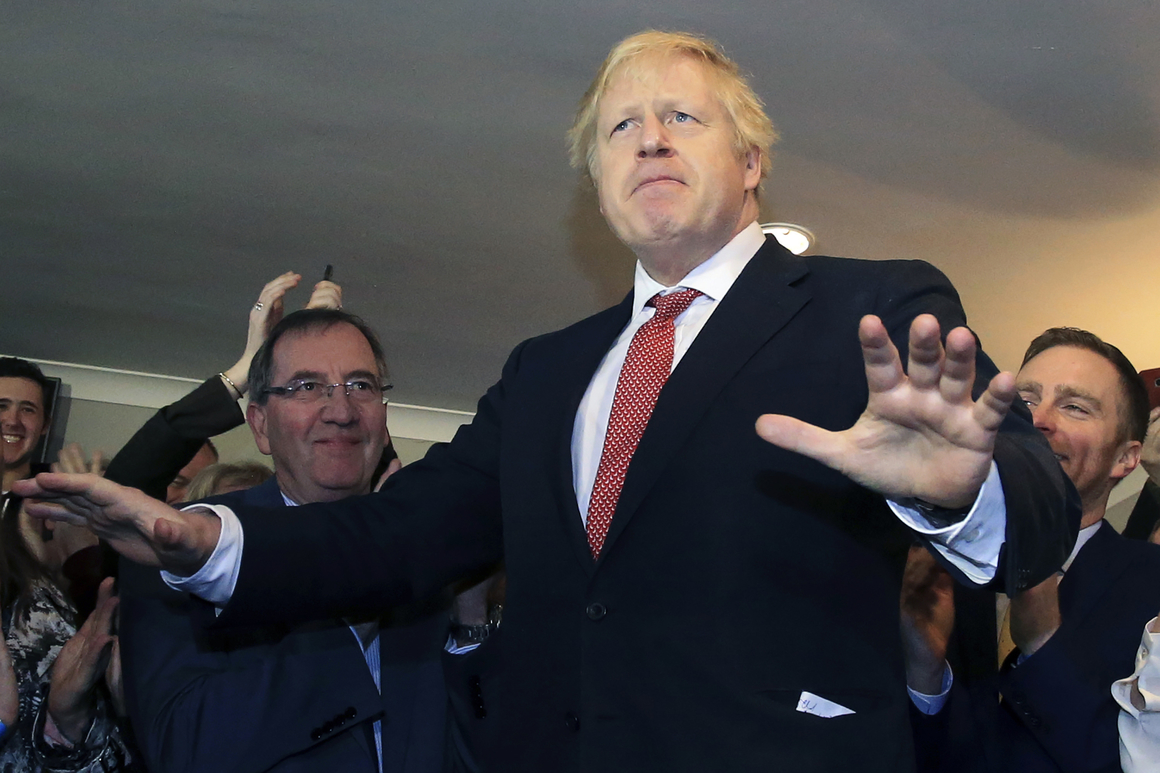 U.K. Prime Minister Boris Johnson has been lambasted as a “selfish, ill-disciplined, shambolic, shameless clot” in the memoir of Sir Alan Duncan, who served as Johnson’s deputy when he was foreign secretary.

In the colourful diary, which is being serialized in the Daily Mail, Duncan, a former minister for Europe and the Americas, savages Johnson as “a clown, a self-centered ego, an embarrassing buffoon, with an untidy mind and sub-zero diplomatic judgement.”

“He is an international stain on our reputation,” the diary adds.

During a fiery row over a press report that diplomats were treating him as an “international joke,” Johnson reportedly asked: ‘Why do you say they don’t they take me seriously?’ Duncan says that he shook his head and replied: “Just look in the ****ing mirror!”

Duncan was the first openly gay Conservative MP and served in government under three prime ministers. He resigned his ministerial position on July 22 2019, after Johnson became prime minister.

Duncan supported “Remain” during the Brexit referendum and described the final result as a “tantrum” by the British working-class. Johnson was a leading campaigner for the Brexit vote.

The current prime minister is not the only politician targeted in the memoir.

His predecessor Theresa May was “wooden and defensive, like a frightened rabbit,” in the election campaign fought a year after the referendum, Duncan said. “We have engaged in the politics of personality — without any personality,” he wrote in his diary at the time, calling May “a cardboard cut-out.”

While publicly supporting May’s government, Johnson privately despised her, Duncan wrote. “I think he’s only right behind her, so as to push her off a cliff.”

In other notable passages, the former minister describes Priti Patel, the current home secretary as “a nothing person” and “a complete and utter nightmare.”

Michael Gove, another key Brexit architect is characterized as “an unctuous freak who generates his own publicity, a wacky weirdo who is both unappealing and untrustworthy.”

The book’s title “In The Thick Of It” is a reference to a satirical British political TV series from 2005, which featuring foul-mouthed spin doctor Malcolm Tucker, who became a cult figure.