Call in Kamala: Biden turns to the veep to sell Covid vax to communities of color 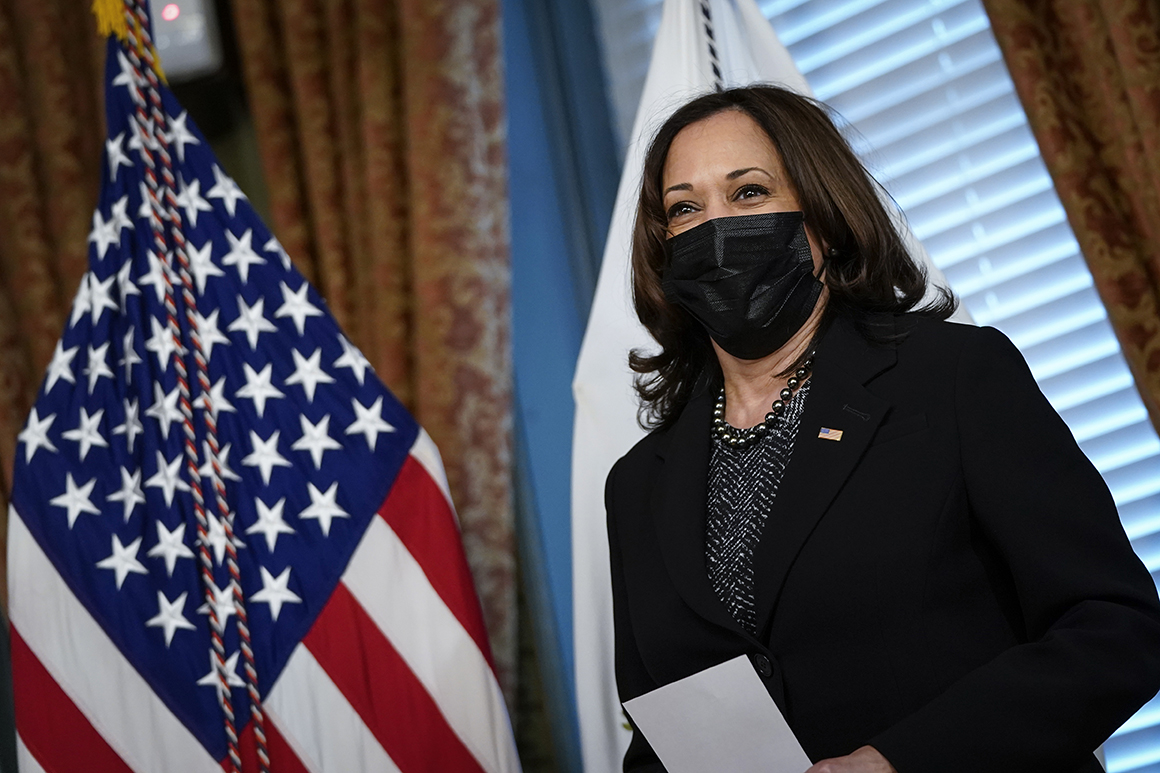 So far, the campaign has been carefully calculated. Harris has received both rounds of her vaccination publicly: the first in southeast Washington, D.C., — historically the poorest and Blackest quadrant of the city. She received the second at the National Institutes of Health, where she told the story of how her late mother, a biomedical scientist, would travel from California to Bethesda, Md., when Harris was young.

Friday, Harris tweeted out a video of herself at the NIH telling folks, “It was painless, it was simple, it takes seconds and it will save your life. And it’ll save your family’s life.”

As the Biden administration’s efforts to combat Covid-19 pick up speed, Harris’ role is expected to expand, including possible virtual events and town halls pushing vaccinations in the coming weeks, according to a senior Harris aide.

“Plans are still being formulated, but everything is on the table. I think we want to make sure that we’re getting news out there about the plan,” said a White House official. “I think we’re just trying to figure out what makes the most sense.”

“Trying to figure out what makes the most sense” is a phrase that could apply to Harris’ broader role, too. For months, transition and administration officials have downplayed the idea that Harris would have a specific or contained portfolio. They’ve insisted she will be in every meeting, and part of every decision. During the early days of the administration, she has been right beside President Joe Biden at lunches, briefings and various other functions.

But her deployment in the vaccine fight gives the public another picture of what her vice presidency might look like. While she may have a wide array of issues to work on, she also is being deployed as a bit of a micro-targeter. Last week, it was Harris who was put on local TV stations to pressure former Senate colleagues in West Virginia and Arizona to get on board with the administration’s Covid recovery plan. The move that didn’t go over well with Sen. Joe Manchin, who claimed the administration didn’t tell him Harris was doing the interview, saying it’s “not a way to work together.”

The Covid-19 campaign has different types of complications.

Only 17 states have publicly reported Covid-19 vaccination data by race and ethnicity. But according to an early analysis of that data by the Kaiser Family Foundation, there are huge disparities in which communities are getting the vaccines.

“While Black and Hispanic people have accounted for a disproportionate share of cases and deaths in many states so far, they are receiving smaller shares of vaccinations in the states for which the data are available so far,” said Samantha Artiga, the vice president and director of the Racial Equity and Health Policy Program at KFF.

Artiga says because the data is incomplete, it is difficult to draw conclusions as to why this disparity is happening.

Two of the biggest obstacles to access, health experts say, are in the ways people can sign up for vaccines and where they can actually go to get the shots.

“Right now [we’re] using hospitals and we’re using pharmacies, of which 70 percent of those health care resources are in predominantly white communities,” said Ebony Hilton-Buchholz, an associate professor of anesthesiology and critical care at the University of Virginia. “They are still using the Internet for people to sign up, right? And what we know is that … our children were directly impacted by the fact that we don’t have WiFi at the same access to WiFi as other communities.”

A PR campaign by Harris (or anyone else) likely can’t fix that. But the Biden administration says it is addressing obstacles around WiFi and pharmacy access. On his second day in office, the president signed an executive order spelling out the importance of racial equity in vaccine access.

But availability is only one piece of the puzzle. Vaccine hesitancy in the Black community is the other element that experts are working to address. Utibe Essien, a health equity researcher at the University of Pittsburgh, says the history of racism in the health care system has produced deep distrust that continues today.

“[W]e see right now today that a Black woman can show up in the hospital, tell a doctor she’s pregnant and be more likely to die from that pregnancy about four to five times than white women,” Essien said.

Harris, as the most prominent Black politician in America, could help alleviate some of that distrust. But it’s not a given. Despite her historic candidacy in 2020, she struggled to gain traction with Black voters. Harris consistently came in third among black voters in POLITICO/Morning Consult polls during the campaign.

Many voters made it clear it wasn’t that they didn’t like Harris or think she could do the job, but instead had doubts that America would actually vote for a Black and South Asian woman for president. And a White House official said that selling herself to voters as a new senator is a far different task than persuading people to get vaccine shots as the most powerful woman in the federal government.

“We are so past the primary. I don’t think you can even put the primary and where people were in support there and even compare it to now. We’re in such a different time and different place,” the official said.

“I think a lot of people think of Beyoncé and Serena, like they’re going to go to the biggest celebrity you can show getting the vaccine. But when you talk to laypeople, they want to know that their cousin around the corner got it and is okay,” said Joia Crear-Perry, president of the National Birth Equity Collaborative. “What about my uninsured auntie? Did she get it and is she okay?”

The administration says it has and will continue to deploy everyone from Biden (who also got both of his doses publicly) to the first lady to other members of the administration to get the word out because it’s a “full court press” issue. But the White House also knows and hopes that for Harris, it’ll play differently with the groups who are historically more hesitant to get vaccinated.

“Joe Biden getting the vaccine does not necessarily reassure [older Black women], but parts of the vice president’s life appeal to certain people. Whether it’s that she went to an HBCU or that she literally looks like me, but I wouldn’t say this is the only task that she’s been tasked with,” a White House official said.