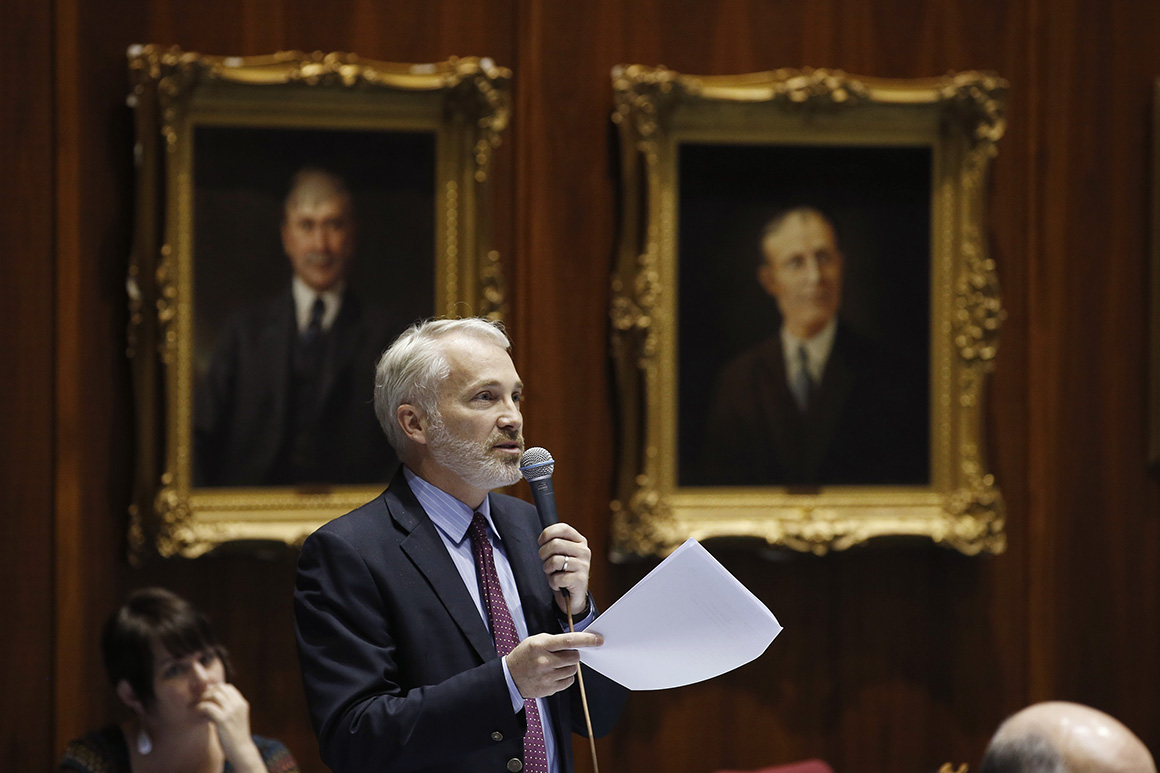 “It will be a part of the campaign,” he added. “And I think, serendipitously, Congress is feeling some pressure to address this issue now.”

Under its current lines, the district, which includes the city of Tucson and a portion of the U.S.-Mexico border, is a top battleground, though it has become less competitive in the Trump era and will be redrawn before 2022. Giffords held a similar seat from 2007 to 2012, when she resigned a year after a shooter attacked her event with constituents in a supermarket parking lot.

Though Friese does not enter the race with their formal endorsement, he said Kelly and Giffords are supportive of his run. He had not considered entering politics before the January 2011 shootings in Tucson, but the attack and his relationship with the congresswoman made him consider how he could help communities as a policymaker.

His campaign is a testament to the growing political network that sprung from the tragedy 10 years ago in the hopes of reforming gun laws. Giffords, then in her third term, was replaced by Ron Barber, her former district director, who was also shot that day.

Friese, who is in his fourth term in the Arizona state House, describes his approach to enacting new gun laws as one based on compromise and “small, meaningful change” — language that may feel unsatisfying to communities reeling from recent massacres that have spent years waiting for federal laws to address gun violence.

“I’ve always described gun safety advocates as like water dripping on a rock,” he said. “We must have faith that slow, determined actions will eventually lead to effect change.”

He supports comprehensive background checks and an assault weapons ban but believes the most effective way to legislate is to start smaller. He said he was proud to get a bill on the state House floor that addressed concealed carry permits, and that he managed to get gun-rights groups in the state to remain neutral, instead of opposing it.

“We can’t jump with one step to something that makes a lot of conservatives uncomfortable,” he said. “But what we can do is try to find a place where we have common ground.”

That could make him a good fit for a swing district. The seat, in its current form, hosted one of the closest House races in the country in 2014, between Barber and Republican Martha McSally.

McSally won by 167 votes after a recount and held the seat until her first unsuccessful run for Senate in 2018. But in recent years, Democrats have had the edge. Former President Donald Trump lost the state in both 2016 and 2020 — but it could look substantially different in the upcoming redistricting. Arizona is on track to gain a seat, and an independent redistricting commission will oversee the new map.

A Navy veteran who works at the University of Arizona College of Medicine, Friese has harbored federal ambitions for a few years. He was considering a run for retiring GOP Sen. Jeff Flake’s open seat in 2018 but deferred to then-Rep. Kyrsten Sinema. In 2020, he helped raise money to jumpstart Kelly’s Senate run against McSally.

There will likely be a crowded Democratic primary for the district. State Sen. Kirsten Engel, an environmental law professor, entered the race last week.

But Friese has the support of the science advocacy group 314 Action. The organization plans to make a $1 million independent expenditure to boost Friese in the primary, according to a person familiar with their spending plans.

“Randy has proven a trailblazer for scientists who are similarly called to enter public service and use their expertise to advocate for evidence-based policymaking,” 314 Action President Shaughnessy Naughton said in a statement.