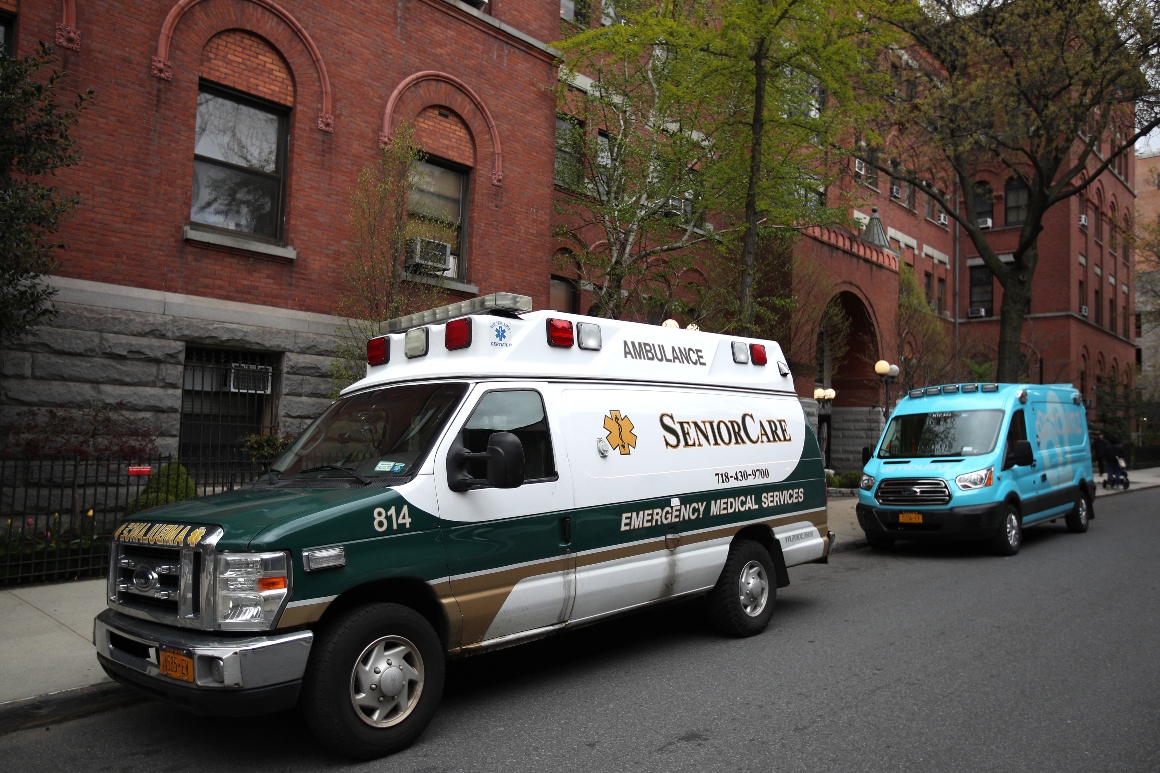 The upcoming meeting combines the intensifying high-profile political scandal with long-running congressional inquiries into the reliability and accuracy of Covid-19 data — a conversation that, until now, has taken place out of view among officials within the various federal health agencies. They come as the allegations against Cuomo have exploded onto the national stage, with nine senators already calling on the Senate Judiciary Committee to investigate the matter.

More than 9,000 patients in New York state were discharged from hospitals to nursing homes early in the pandemic until the policy was scrapped over concerns it was stoking new outbreaks.

The meeting “isn’t about any particular scandal,” but about ensuring the accuracy of nursing home data, a Ways and Means senior Republican aide said.

GOP members on the House committee overseeing the coronavirus response have for months sought information from Democratic governors who transferred some Covid-19 positive patients out of hospitals and into nursing homes, to free up beds as new cases surged.

It is still unclear exactly how Cuomo’s office calculated Covid-19 nursing home deaths and what data streams it used to update its public tracker. Staff in Cuomo’s office offered various explanations on a call with state officials last month, according to a transcript. They said the team relied on two separate reporting systems that didn’t speak to each other. Neither included complete residential or demographic data.

A lengthy report by New York Attorney General Letitia James indicated that Cuomo’s office may have undercounted nursing home deaths by as much as 50 percent. According to a report by The New York Times, Cuomo’s office updated its public dashboard to account for the missing deaths and added 3,800 fatalities to the tally.

Committee staff plan to question officials about whether the agencies need to improve the flow of vital Covid-19 data from the states to the federal government and whether they have the capacity to catch other instances in which numbers are manipulated, according to two officials.

Covid death counts have bedeviled the CDC for months. The agency has struggled to efficiently collect, analyze and report states’ tallies. At one point last month, CDC officials said they were still weeks behind in collecting the information, and that some states had yet to report deaths from the end of 2020.

Counting the deaths is complicated. Each state requires different information from their nursing homes. Early during the pandemic, many nursing home patients were transferred to and died in hospitals. And physicians normally do not include where a person resided before they were transferred to the hospital on death certificates.

In New York, death certificates do not include a line item for whether a person was transferred from a nursing home. However, officials on the call last month said the state relies on its Health Emergency Response Data System, or HERDS, to update how many people have died in a hospital on any given day. That system does not include residential information. Nursing homes are also required to submit deaths to the state through that system. A separate database, the Statewide Planning and Research Cooperative System, or SPARCS, does include a section where health care facilities can indicate whether a person was transferred from another facility, though it is not always clear from where.

New York, as well as all other states and jurisdictions, provide the federal government with a variety of mortality data from hospitals, nursing homes and other long-term care facilities, and from death certificate reporting.

In early May, CMS — the agency regulating nursing homes — started requiring that facilities submit data on their coronavirus cases and deaths to the federal government. The information was reported directly to the CDC’s data system, known as the National Healthcare Safety Network. Facilities are required to include all coronavirus deaths, even if they ultimately died outside of the nursing home, such as in a hospital.

Yet, because of the sheer number of data streams that the federal government tracks, it is difficult for officials to catch instances of undercounting, unless the activity is blatant or if someone points it out.

Shannon Young contributed to this report.