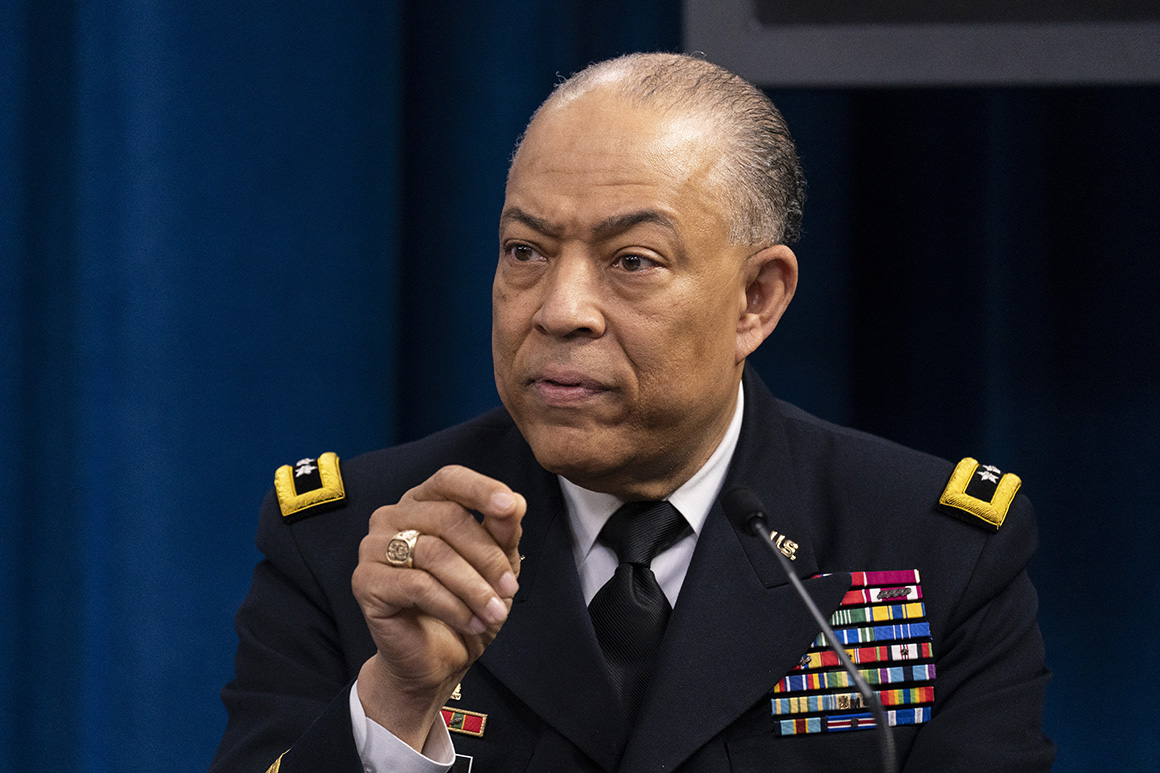 But Walker says he didn’t get a response until after 5 p.m. — well after rioters had overtaken the Capitol, sending lawmakers fleeing for safety. He singled out then-acting Defense Secretary Christopher Miller in particular as he described the slow-walking of Sund’s request.

“Consequently, at 5:20pm (in under 20 minutes) the District of Columbia National Guard arrived at the Capitol,” Walker wrote. “We helped to re-establish the security perimeter at the east side of the Capitol to facilitate the resumption of the Joint Session of Congress.”

Walker’s testimony adds a new piece to the puzzle of security lapses and miscommunications that enabled a violent mob to ransack the Capitol and delay the certification of the 2020 election results. He is the latest official to suggest that senior military leaders were partly responsible for tying the hands of the security officials on the ground as they hustled to respond to the threat.

The three officials in charge of protecting lawmakers that day — Sund, former House Sergeant-at-Arms Paul Irving and former Senate Sergeant-at-Arms Michael Stenger — have accused the Pentagon of slow-walking their urgent requests for National Guard aid. They have described a 2:30 p.m. conference call on Jan. 6 during which one top military official indicated he was concerned about the “optics” of a heavily armed National Guard force protecting the Capitol and said he’d likely urge superiors to reject their request. It took several more hours for troops to arrive and help retake the Capitol.

Robert Salesses, a top Pentagon official who handles homeland defense, plans to push back against Walker’s account when he testifies later Wednesday. In written testimony, Salesses said Miller approved “full activation” for the D.C. National Guard at 3:04 p.m. Guardsmen were ordered to depart for the Capitol at 4:32 p.m., Salesses added.

Mark Milley, chairman of the Joint Chiefs of Staff, is also backing up the Pentagon’s version of events. He told reporters Tuesday that the Pentagon reacted at “sprint speed” to the request for aid to Congress. Mobilizing a large force of guard troops in a few hours amounts to lightning quickness in military terms, he emphasized.

Walker’s account is the first official testimony from the executive branch on its response to the request for help from the Capitol. Other intelligence officials in charge of briefing law enforcement partners about looming threats are also set to testify in the Senate on Wednesday.

They include Melissa Smislova, a top Homeland Security official in charge of the Office of Intelligence and Analysis; Jill Sanborn, who leads the FBI’s Counterterrorism Division and Robert Salesses, the top Pentagon official responsible for homeland defense and global security.

Sund and other Capitol security officials who stepped down from their posts after the insurrection have said the intelligence warnings they received in the days leading up to the Jan. 6 attack didn’t support the need to line up a significant National Guard presence.

Rather, they said, the available intelligence suggested that the volume of protesters would resemble turnout in November and December, when pro-Trump rallies sparked spasms of violence but were ultimately contained. Never, those former Capitol security officials said, did they anticipate an organized, coordinated assault on the legislative branch that would overwhelm the 1,200 officers on-site and result in a breach of the building.

Instead of seeking a robust National Guard presence in advance, those ex-Capitol security officials said they asked Walker to simply be ready should they need him. Walker, they said, offered to place 125 National Guard units in supportive roles, such as traffic duty, to help free Capitol Police for more direct engagements with protesters.