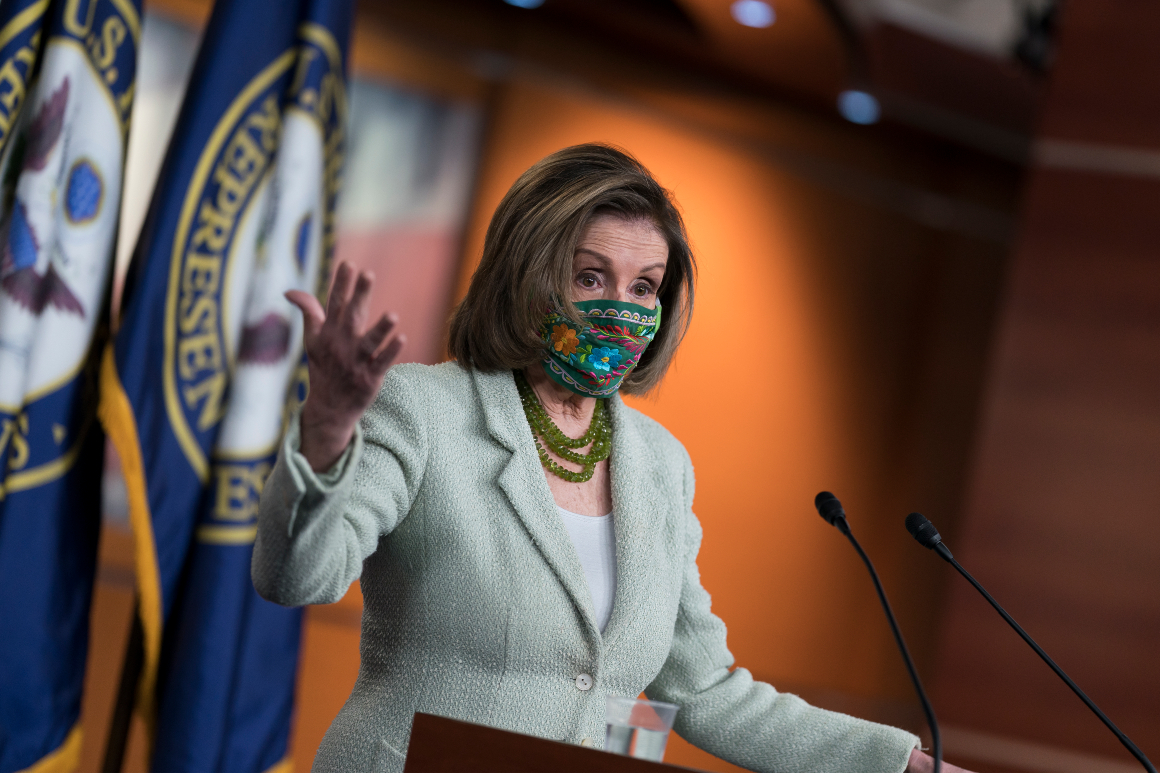 Speaker Nancy Pelosi (D-Calif.) and her leadership team, who spent the weekend working the phones with their members, are confident they will have the votes for one of Congress’s largest-ever economic relief bills. They’re set to once again contend with unified GOP opposition that will brand Biden’s rescue package as a Democratic offering ahead of next year’s midterms, when Republicans could recapture the majority by flipping just a handful of seats.

Pelosi shrugged off Republicans’ lack of support for the Covid aid plan, telling reporters that “I feel sad for them” and painting them as “oblivious to the support that this bill has among Republicans across the country.”

Major provisions of the legislation do command significant public support, and a recent Associated Press-NORC Center for Public Affairs Research poll found 44% of Republicans approving of Biden’s handling of the coronavirus. His plan includes a massive expansion of the social safety net intended to buoy the nation’s lowest-paid and most vulnerable people, who have faced the brunt of the pandemic. It also includes $1,400 stimulus checks for most Americans — the direct result of Democrats’ pair of shocking wins in the Georgia Senate runoffs earlier this year.

The bill is also a gamble on the party’s future. Democrats are on track to approve nearly $2 trillion without a single Republican vote, giving their opponents a fat target for criticism ahead of an election when historical headwinds will be working against them. Congress passed four major coronavirus relief packages before Biden took office, including one just weeks after the November election, but the GOP has rejected this one as too much money at a time when the U.S. might soon be able to move past the pandemic.

No House Republicans voted for the Democrats’ package when it first came to the House late last month. After a fierce whipping operation by GOP leaders, none are expected to back it this time, either.

The bill requires a final vote in the House after a marathon weekend session in the Senate, where Democrats agreed to a handful of changes in order to win over centrists. Pelosi said on the floor Monday afternoon that the vote would take place within the next “24 to 48 hours.”

House Democrats are expected to narrowly approve the Senate’s version of the bill, which stripped out a hike in the federal minimum wage to $15 an hour — a long-time priority for progressives — after it ran afoul of the chamber’s budget rules.

Liberal Democrats fumed at that and other trims the Senate made, including the decision to shrink the bill’s weekly boosted unemployment benefits to meet a demand by Sen. Joe Manchin (D-W.V.). The bill now provides $300 a week in extra benefits through Sept. 6, down from $400 a week in the House plan. The Senate bill also allows for $10,200 in tax relief for unemployed workers.

Frustrations aside, no liberal Democrats have so far said they would vote against Biden’s first legislative priority.

Rep. Pramila Jayapal (D-Wash.), who chairs the Congressional Progressive Caucus, said she fielded calls from concerned members over the weekend but has made clear to her caucus that the bill remains “a big progressive win.”