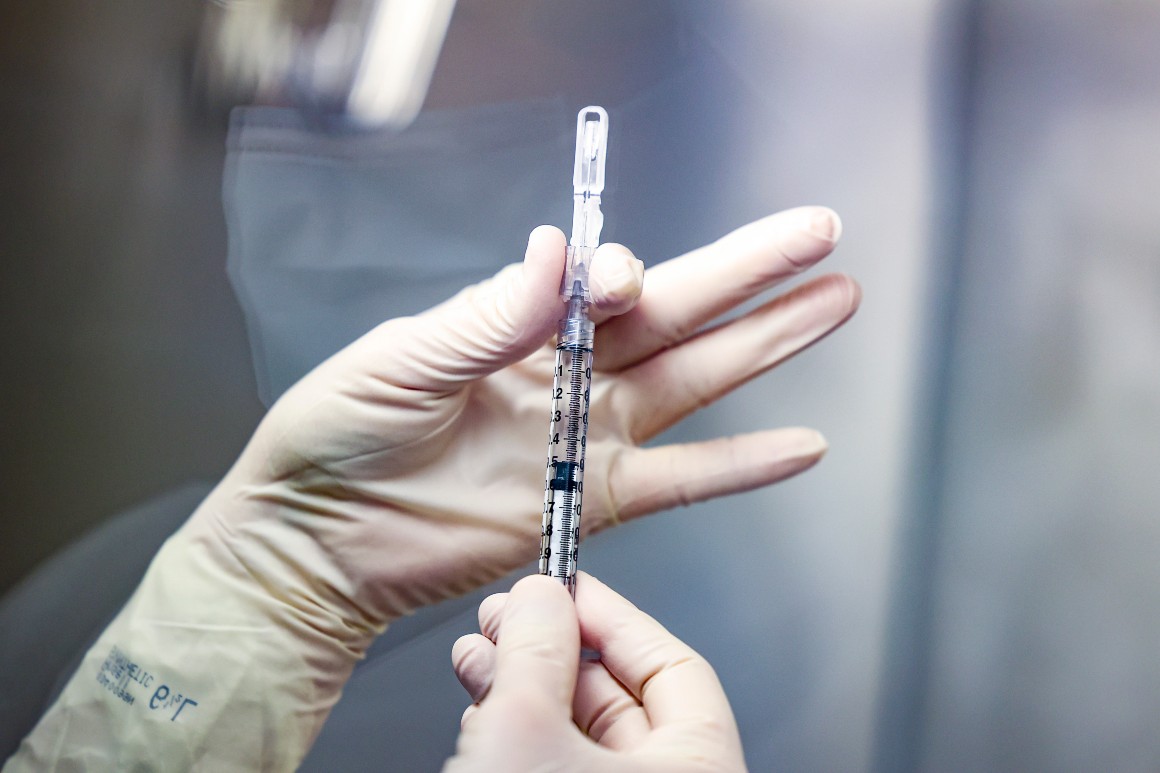 The European Commission reversed course Friday night after howls of protest from the U.K. and Ireland over the triggering of an emergency override provision in the Brexit Withdrawal Agreement as part Brussels’ new effort to control vaccine exports.

The decision to trigger the provision, Article 16 of the Protocol on Ireland and Northern Ireland, blindsinded Dublin and London, and set off a firestorm as it would have the effect of temporarily nullifying the special border arrangement intended to preserve the Good Friday peace agreement.

The Commission invoked the emergency provision as part of a new export control mechanism that is designed to restrict international shipments of coronavirus vaccines if the EU’s own orders are not being met in accordance with its purchase contracts.

Two Commission officials described the move as a mistake and the Commission issued a statement late Friday, in which it did not explain the error but said it would no longer trigger the override provision and that the Withdrawal Agreement would remain intact.

“In the process of finalisation of this measure, the Commission will ensure that the Ireland/Northern Ireland Protocol is unaffected,” it said in the statement. “The Commission is not triggering the safeguard clause.”

The Commission added, “Should transits of vaccines and active substances toward third countries be abused to circumvent the effects of the authorisation system, the EU will consider using all the instruments at its disposal.”

In a tweet late on Friday night, von der Leyen said she spoke to Martin “to agree on a satisfactory way to introduce an export mechanism for COVID vaccines.” But that only raised a question of why she hadn’t consulted the Irish leader before the Commission published its export regulations earlier in the day.

Irish Foreign Minister Simon Coveney welcomed the Commission’s statement but added pointedly that “lessons should be learned; the Protocol is not something to be tampered with lightly, it’s an essential, hard won compromise, protecting peace & trade for many.”

An official in contact with the EU’s chief Brexit negotiator, Michel Barnier, said the EU’s top Brexit experts were not consulted on the decision to trigger the override provision and were stunned to learn about it. The official suggested von der Leyen and her cabinet were directly responsible.

Earlier this week some officials had described tension between Commission trade experts wary of creating tough export restrictions and political leaders and officials in national capitals eager to take a tough line in demanding manufacturers meet their commitments.

A spokesman for No. 10 Downing Street said that in Johnson’s call with von der Leyen, the British PM “expressed his grave concerns about the potential impact which the steps the EU has taken today on vaccine exports could have.”

Later, von der Leyen tweeted that she had held “constructive” talks with Johnson: “We agreed on the principle that there should not be restrictions on the export of vaccines by companies where they are fulfilling contractual responsibilities.”

The contretemps over Northern Ireland, subject of some of the most sensitive aspects of the Brexit negotiations, came at the end of an extremely tense week, in which the Commission clashed openly with AstraZeneca, the British-Swedish pharmaceutical giant, which had announced a huge shortfall in vaccine deliveries for the EU in the first three months of this year.

Article 16 of the Protocol allows one side to unilaterally override the Withdrawal Agreement in certain circumstances, but the move is explosive because it effectively imposes a customs border between Ireland and Northern Ireland, which is anathema to the Good Friday Agreement. Some political figures in Northern Ireland had immediately begun calling for the U.K. to trigger a retaliatory move.

The Commission’s mistake was particularly glaring because its trade department is now led by Sabine Weyand, who was one of the EU’s top negotiators on the Brexit Withdrawal Agreement and is well-versed in the political volatility surrounding the protocol on Northern Ireland. Trade officials said the blunder was caused by concerns among EU health officials that Northern Ireland could become a hub for illicit shipments of vaccine to the U.K. from the EU.

Officials said the triggering of Article 16 was probably unnecessary in the first place because there aren’t stocks of vaccine in Ireland to be shipped anywhere.

A senior Irish government official said the Commission completely overlooked the political sensitivities while focusing on the vaccine issue. “Brussels seems to have been looking at the big global picture and took its eye off of the Protocol,” the senior official said. “We note that the original announcement of an export ban outside the EU did not even mention Ireland or the border. It’s quite the oversight, if indeed that’s what it was.”

The fear in Ireland was that even with the reversal the Commission’s move would inspire a big push by Northern Ireland unionists to get various problems with the Irish Sea customs border canceled, by having the U.K. trigger the same Article 16. That would potentially force both sides into a new strand of negotiations, when the new Brexit trade deal has not yet even been ratified.

“It’s the last thing we would have expected,” the senior Irish official said. “We are hoping the damage from this confusion can be quickly contained, and that communication improves.”

The chaotic developments on Friday night were a serious embarrassment for von der Leyen, who is already facing some criticism over the EU’s uneven handling of its vaccine strategy. While the Commission managed to unite all 27 EU countries behind a joint vaccine purchasing process — ensuring equity among countries regardless of size or wealth — the EU has trailed countries like Israel, the U.S., and the U.K. in vaccinating its citizens.

The news of the AstraZeneca production shortfall came after EU heads of state and government had already expressed anger over another slowdown in the manufacture of a different vaccine by BioNTech/Pfizer. Pfizer said it needed to slow output briefly this month to refit a factory in Belgium, but insisted that production would quickly ramp up again.

The new mechanism to control exports was devised after AstraZeneca effectively rejected the Commission’s demands to supply some vaccine to the EU from factories in the U.K. The company’s CEO insisted he was not obligated by contract to meet specific production targets but only make a “best effort” — an assertion that the Commission flatly refuted.

In a further sign of the rushed, haphazard process by which EU officials developed the new vaccine export controls, the Commission also said that it would be making unspecified changes to how decisions are made to authorize — or potentially block — vaccine shipments.

“In the process of finalising the document, the Commission will also be fine-tuning the decision-making process under the implementing regulation,” the Commission said in its statement on Friday evening, adding that a final version of the new rules would be published on Saturday.

An EU official said the decision-making change would safeguard cooperation between the Commission and EU member states, but did not provide any details.