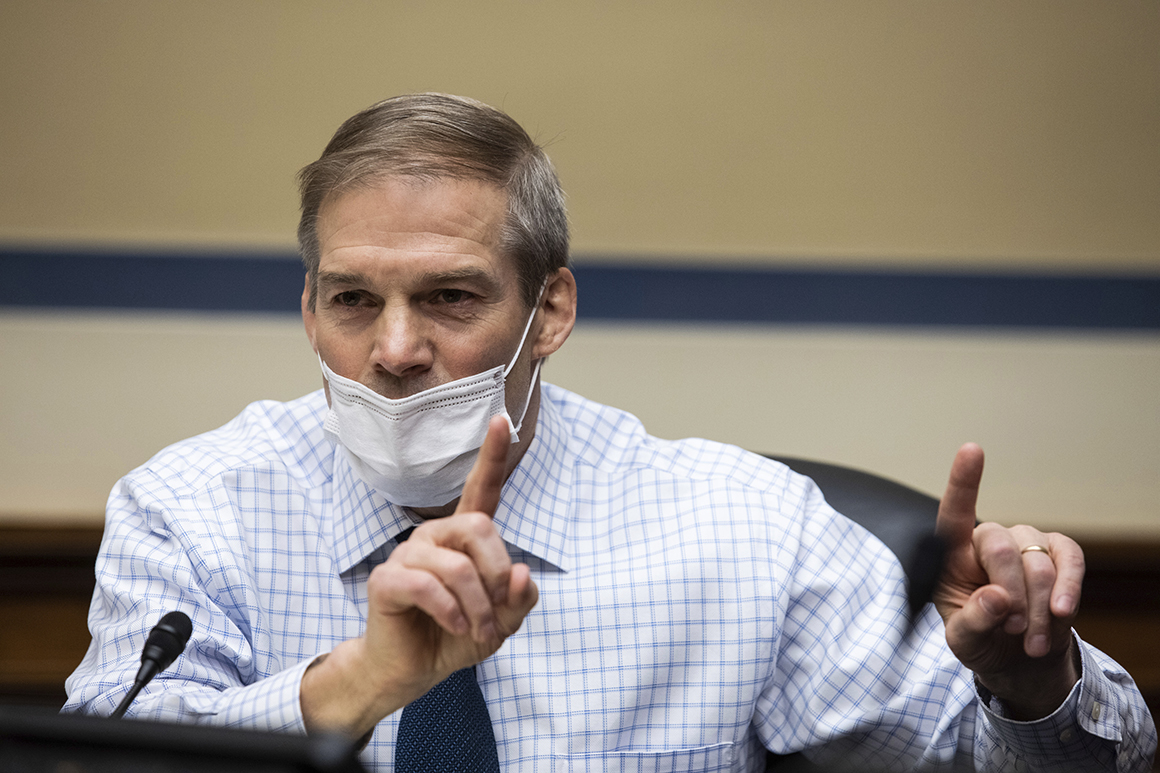 “I am totally against it,” added Rep. Jim Jordan (R-Ohio), a co-founder of the group. “I don’t think Republicans should be supportive of earmarks.”

But Republicans — who first banned earmarks when they took over the House majority following the 2010 Tea Party wave — have been divided over the issue, with some warming to the idea in recent years. While the practice is still formally prohibited under current House GOP conference rules, some Republicans have argued that allowing lawmakers to ensure money for specific projects restores power to the legislative branch and could help make the institution more functional.

“Earmarks never really went away. They just moved from Congress to the administration, I think, with less scrutiny and transparency,” said Rep. Garret Graves (R-La.). “The key is transparency and making sure you actually have criteria that ensures you’re getting the best return on investment.”

House Minority Leader Kevin McCarthy (R-Calif.) declined to say Wednesday whether he would support reinstating earmarks, saying he hasn’t seen Democratic leaders’ proposal yet. But he also didn’t rule it out, and internal discussions in the House GOP conference are expected to take place in the weeks ahead.

Earmarks can help members direct critical resources to their districts, giving them an easy way to earn points with constituents back home. The practice can also be a useful tool for congressional leaders who are trying to corral votes for certain spending bills. And with President Joe Biden pushing for a massive infrastructure package this Congress, there may be even more temptation for the GOP to get on board.

But some Republicans are still haunted by the infamous “bridge to nowhere” — a massive proposal to build a bridge between Ketchikan, Alaska, and a nearby island with an airport — that inspired the initial earmark ban. That’s not to mention the earmark scandals that helped end the careers of lawmakers in both parties during the early 2000s.

And some Republicans are keeping their powder dry — and waiting to hear more information — before they make a decision about using the spending practice, which is still controversial on the right.

“I’m old enough to remember when there was a Bridge to Nowhere,” said freshman Rep. Nancy Mace (R-S.C.), who represents a key swing district and serves on the House Transportation and Infrastructure Committee. “If there’s a way that they’re done in a constitutional manner, then I think that’s up for debate. But I don’t know enough about how they are being brought back.”