How to charm a US president – POLITICO 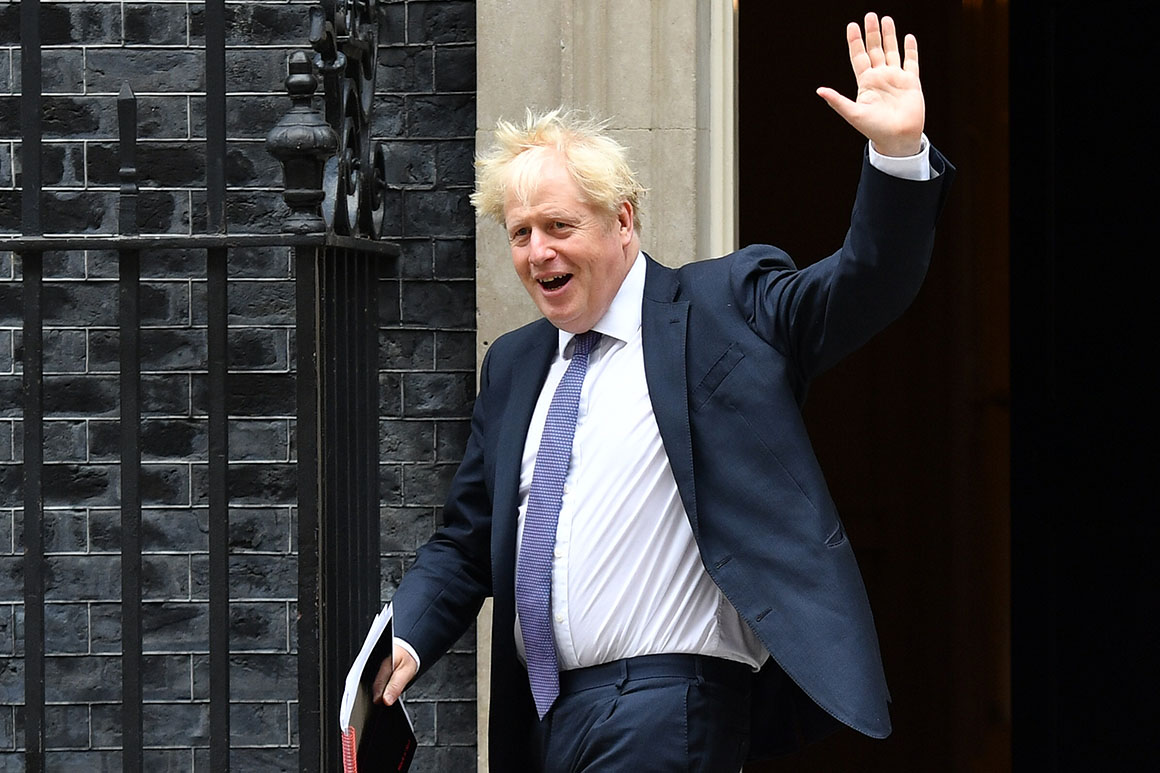 How can Boris Johnson convince a skeptical Joe Biden that these seemingly chalk-and-cheese leaders in fact see the world in much the same way?

It’s a question currently occupying some of the biggest brains in Whitehall, as the British PM considers how he might charm a new American president who once described him witheringly as the “physical and emotional clone” of Donald Trump.

Plenty has been written about the challenge Johnson faces. His ill-judged attack on Barack Obama’s heritage during the 2016 EU referendum has not been forgotten by those close to the former president. Biden’s broader distaste for the Brexit project is clear, as is his contempt for leaders who press populist buttons to win power. Wisely, Johnson’s early strategy has been to emphasise the grounds of common interest — shared views on climate change, multilateralism and defense.

But as British diplomats struggle to build bridges with a new-look White House, they can console themselves with one simple thought: At least they’re not in Theresa May’s position of four years ago, facing an incoming president the like of which nobody had seen before.

“We were leaving the European Union, and so we needed to make sure we had allies and could get into bed elsewhere,” Katie Perrior, May’s former director of communications, told POLITICO’s Westminster Insider podcast. “So Theresa May put up with a hell of a lot, really, because she wanted that free trade agreement from President Trump. And of course, he’s a businessman — so we have to start thinking about what kind of deal, what kind of thing would he consider to be a success?”

“When Donald Trump does anything, it’s all about him winning, it’s all about making sure that he has the upper hand. And so if we wanted to get agreement on something like [his renewed commitment to] NATO, we’d have to plan just how we could get him to do that while still feeling like he had a win. Because he can’t be seen to feel like he’s been on the losing side at all. It was a new thing for everybody to get their head around.”

Through the 80 years of trans-Atlantic diplomacy, British prime ministers have tried different ways to woo American presidents — with varying degrees of success. From stories of Winston Churchill’s epic three-week stay in Franklin D. Roosevelt’s wartime White House, staying up working and drinking until late into the night; of the famous love-ins between Margaret Thatcher and Ronald Reagan; and Tony Blair and George W. Bush; and of the unsuccessful attempts by a desperate Gordon Brown to convince the British press he was close to Obama despite a series of diplomatic gaffes.

None faced a more challenging time than May, facing a president who berated and bullied her in phone calls, and used Twitter to publicly attack her approach to Brexit, terrorism and much else. Perrior says the relationship was a constant tightrope act, trying to keep an erratic president on side while facing a barrage of criticism for doing so.

“Not only was it a tightrope, it was a really thin tightrope — and occasionally we would fall off it,” Perrior said. “You never quite knew what he was going to do next. I remember watching other people listen to these phone calls (with Trump), people that have been in the civil service and the armed forces for many years … And they were just gobsmacked.”

May’s first visit to Washington to meet President Trump — just a week after his inauguration in January 2017 — seemed fraught with peril, but initially appeared to go well for the British PM. Trump was on his best behavior, and she secured the public commitment she wanted on the future of the NATO alliance.

Things started to unravel as soon as she left. Within hours, Trump announced details of his so-called Muslim travel ban, leaving the PM looking flat-footed and foolish on the next leg of her trip. And her decision to offer Trump all the pomp and ceremony of a state visit to Britain backfired, raising the prospect of mass protests back home.

“That was just like a noose around her neck the whole time, really,” Perrior said. “He said things like: ‘I’m not going to come unless they’re nice to me.’ Well, that’s not how it works in this country.”

She looks back now with some regret at May’s kid-gloves treatment of the former president, chasing a free-trade agreement (FTA) which never materialized.

“I think I always felt that FTA was too far away — certainly not in his time frame, and probably not in Theresa May’s timeframe,” Perrior said. “And I was always worried that she would give too much away and that she wouldn’t stand firm. Especially on some of the comments he made about Sadiq Khan (following the 2017 London terror attacks). You don’t say things like that about the mayor of London. You don’t say things like that about our city. She should have slapped down all of those things. But she put it aside, because she thought a deal potentially was on the table — when it never came.”