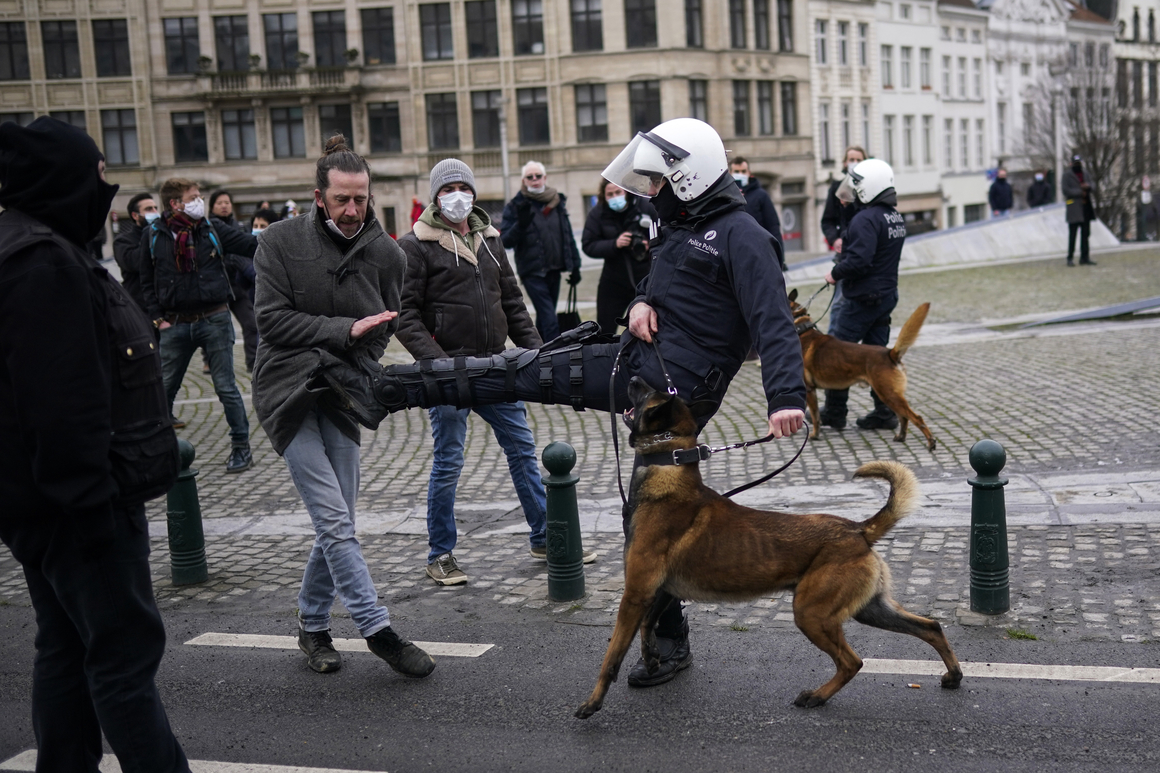 Police arrested more than 300 people demonstrating in central Brussels on Sunday against measures to curb rising infections of the coronavirus, according to local media.

Both Bruzz and Le Soir reported the arrests occurred as police broke up demonstrations around Brussels’ central train station and the Mont des Arts area. No charges have been so far reported.

Sunday’s crowds were made up of both Dutch- and French-speaking demonstrators, which included Yellow Vest protesters and football supporters, a police spokesman told Bruzz. The demonstration was over by 3 p.m. local time.

Authorities on Thursday refused the protesters a permit to demonstrate amid concerns that gathering crowds could spread the coronavirus. Demonstration organizer Jos Jr complied with the order, writing on Facebook that “the COVID-19 measures cannot be respected.”

“In addition, there are too many signs of violent encounters, something I have always disapproved and so resolutely distanced myself from,” he wrote. “However, I remain critical of some overly strict measures that mean that certain sectors are still not allowed to reopen with certainty.”

The police on Sunday reiterated the appeal that people should not gather.

Belgium’s Prime Minister Alexander De Croo last week decided to stop all non-essential travel in and out of the country until March 1 to prevent a new spike in infections.

The travel restriction comes on top of existing measures that include a curfew, mandatory teleworking and the closure of restaurants and bars except for takeaways. Some Belgian cities and municipalities have stricter rules in place.

Austria, the Netherlands and Hungary also witnessed demonstrations in their capitals Sunday against containment measures.

Reuters reported that police in riot gear faced thousands of protesters in Vienna, including a demonstration by the country’s far-right Freedom Party.

Reuters also reported that some 30 people in Amsterdam were arrested in the latest round of Dutch demonstrations and police sent around 600 protesters home. Dutch authorities are hoping to avoid a repeat of recent violent protests that led to looting in several cities across the Netherlands.

In Budapest, authorities confronted distressed restaurant workers, according to the Associated Press. Hungarian workers in the hospitality sector are calling for civil disobedience in response to pandemic restrictions that limit restaurants and cafes to takeout services.

This article has been updated.