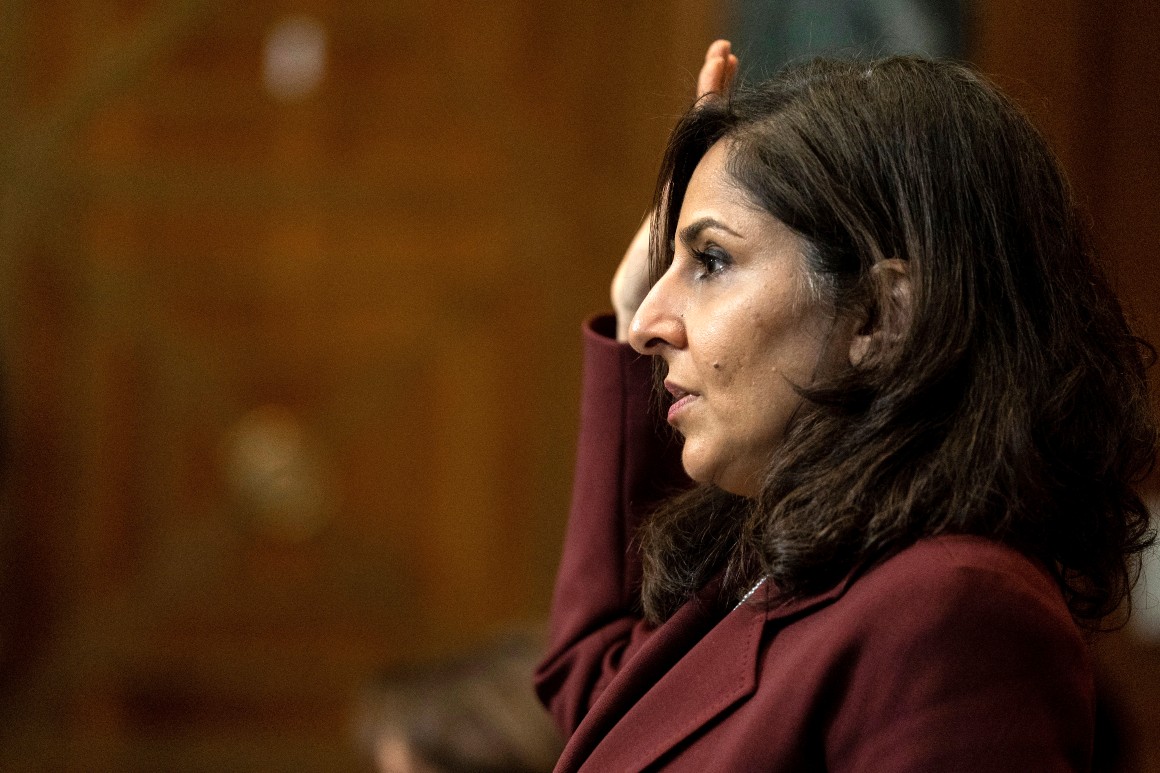 A Democrat close to the process also noted: “The irony is [Rice] was put in that role because she probably couldn’t get [Senate] confirmed.”

Health care is where Tanden has made the strongest mark in her career, having served as an adviser to the Health and Human Services secretary during the Obama years. But there’s no expectation that she will go in as a deputy at an agency, and the Covid task force is already stacked with big names far along in their work.

Instead, the expectation among top Democrats is that Tanden will take on a senior adviser role, even though the White House is brimming with such folks: from Steve Ricchetti to Bruce Reed to Anita Dunn. As one Democratic official put it “you make up some job. The question is, does she wanna take it?”

Both Tanden’s allies and those close to the White House believe she will, though neither thought that this was the gig she’d get.

Her failed nomination has drawn questions about the White House’s confirmation strategy. Individuals inside the administration were concerned early on that it would be a difficult fight, owing to Tanden’s partisan reputation.

Her selection was driven by White House chief of staff Ron Klain, one of Tanden’s key allies inside Biden World. But a person closely involved with the OMB director deliberations said Klain also recommended others for the role, including Rep. Deb Haaland (who was, instead, nominated as Interior secretary), Jennifer Granholm (now confirmed as Energy secretary), and Cecilia Rouse (now confirmed as chair of the Council of Economic Advisers).

Tanden had broad support from Biden’s top advisers including from Biden himself, the person said. She had deep policy experience and had been helpful to the campaign by providing policy support. Her Rolodex included many top Democrats’ personal cell phone numbers which she used to shore up support from the party, including the left-wing, early on.

Transition officials say that she plunged into the outreach strategy, trying to line up the backing of not just senators but a number of outside groups and validators that ranged from AAPI groups, to unions, to former Republican Sen. Jeff Flake. While those groups supported her nomination, officials at some of the groups felt that the effort was disorganized and lacked a real “war room.”

The White House believed that the votes would be there for Tanden to be confirmed, up until Sen. Joe Manchin (D-W.Va.) announced his opposition to her nomination. A scramble ensued to not just find a Republican vote, but to ensure that no other caucusing Democrat followed Manchin’s example.

Two such Senators — Bernie Sanders (I-Vt.) and Kyrsten Sinema (D-Ariz.) — signaled privately that they would support the nomination. Sanders’ own aides thought their boss was voting “yes” after the confirmation hearings.

According to three sources familiar with the discussions, Sanders let the White House know that he would likely be a “yes” on Tanden. Two of those sources said Sinema had made clear that she would vote yes on Tanden if a Republican senator could be found to support her too. In other words, Sinema would not be the deciding vote.

Sinema’s office declined to comment. Sanders’ office did not return a request for comment. But their public silence during the heat of the confirmation fight did not go unnoticed.

“If they had come out and said we’re with her, they would have put more muscle in trying to get [Sen. Lisa] Murkowksi to confirm or maybe another TBD Republican,” said a person close to the White House.

For the White House, the big unknown was Murkowksi. The Alaska Republican was the one Republican who had not stated where she stood on Tanden’s nomination to head OMB. She and Tanden met on Monday. And though the two talked about Biden administration policy vis-a-vis Murkowski’s home state of Alaska, Democratic officials stressed that there was never talk of a quid pro quo.

“There was no hint of if you do this, I will do that,” said the aforementioned White House adviser. “She was not in that space. But she had been clear in the White House that there were some things she was looking for with respect to Alaska.”

The conversation did not produce a breakthrough. Murkowski has not said whether she ever made up her mind on Tanden’s nomination. But at the White House, it became evident that there was no path forward. On Tuesday evening, Tanden, fearful that Republicans were — in the words of one confidant — “bleeding [her nomination] slowly,” asked to have her name withdrawn. The president complied.

On Wednesday, Murkowski was asked about her thinking.

“Did I ever make up my mind? I’m only pausing because I’m like: did you read the news? She’s withdrawn,” she replied. “I don’t know why there’s still interest in this story. I think Neera Tanden has been through a lot for several months now and we’re going to move on. In fairness, I’m glad I had an opportunity to talk to her”

Burgess Everett and Anita Kumar contributed to this report.