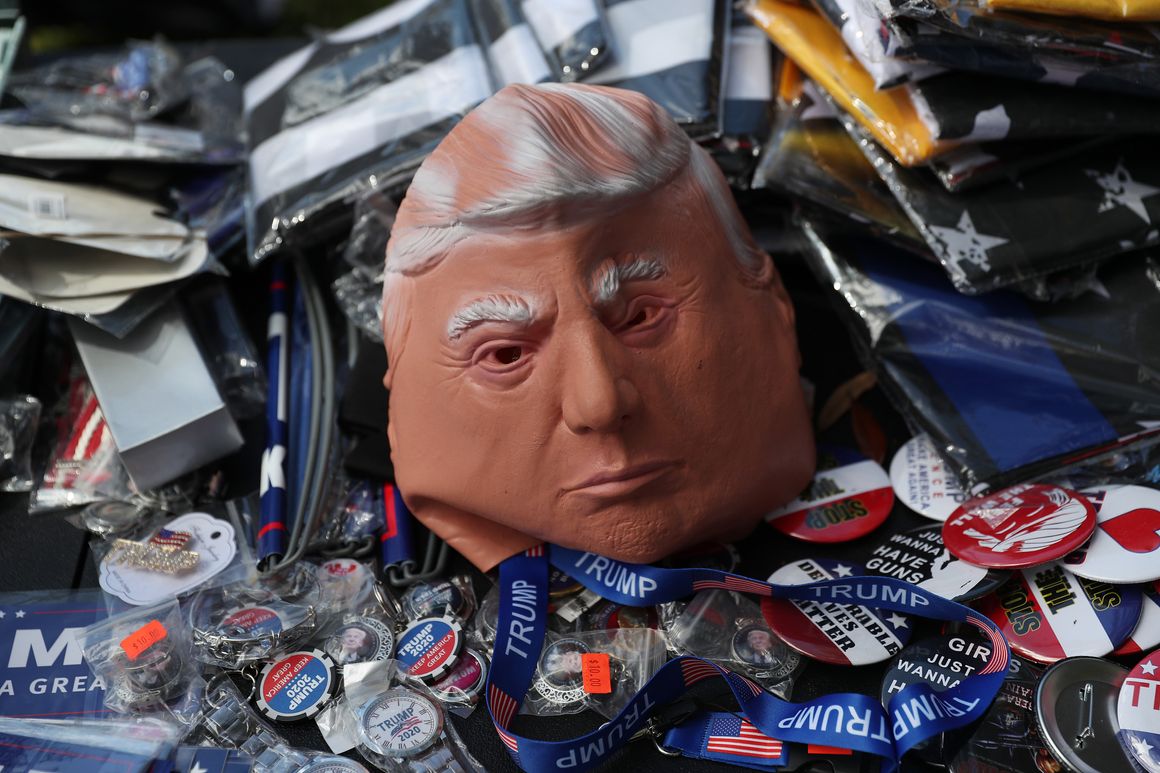 Sen. Josh Hawley (R-Mo.) and former secretary of state Mike Pompeo’s Trump impressions did better, but the winners of the battle of the bands were Gov. Ron DeSantis (R-Fla.) and Gov. Kristi Noem (R-S.D.), both of whom ranked second and third to Donald Trump in CPAC’s 2024 straw presidential poll—but more from their resistance to the pandemic lockdown than their evocation of Trump himself.

Can nobody in the GOP wear the big man’s big suit and endless red tie? Trump himself got a decent response from the “ebullient crowd” (Washington Post) when he spoke at CPAC, so the base hasn’t tired of his jokes, insults, grievances and bombast. They just needed to hear the original hits as performed by the original hitmaker.

Much ink has been spilled on how thoroughly Trump redefined the Republican Party—call it more nationalist, or “America-first,” or racist, or isolationist, or greatness-focused, pick your poison—but with the 2024 Republican race already implicitly underway, the real problem facing the candidates isn’t Trump’s policies. It’s that he redefined how Republicans are supposed to talk.

Trump expanded to the point of detonation the expectations of what a “political speech” could or should be. And like the Beatles on The Ed Sullivan Show, his swagger, timing and charisma defies duplication. Cruz, who has internalized Trump’s tendency to tell jokes and yell, tried those approaches at CPAC. Cotton “regurgitated” some of Trump’s best talking points, the Arkansas Times reported. But they came off sounding like they were using last year’s speechwriting software, hitting the Trump notes right on the beat but not making the Trumpian music. Their homages ended up as bad—and unfunny—parody.

As the historian David Greenberg told me, political successes—especially the big, transformative ones like Trump’s—often contain a personal component that can’t easily be copied. What makes a great politician is his or her uniqueness, a non-transferable quality.

Several presidents tried to cast themselves as the next Franklin D. Roosevelt by giving their policies names that echo “The New Deal,” or by taking their message directly to the people, the way FDR used his “fireside chats” to exploit the new broadcast media of radio and TV. But none have succeeded in cloning FDR. A generation of John F. Kennedy facsimiles from both parties attempted to resurrect his dashing, forward-looking, aristocratic-populist political style—cartoonist Mark Alan Stamaty lampooned these efforts with his 1980s “Bob Forehead“ character. Reagan, too, rewrote politics in part by rewriting political style, peddling a cheerfully vague optimism and a return to happier times. As recently as January 2015, CNN was still judging the caliber of the presidential candidates based on how “Reaganesque” they were.

The fact that no FDR 2 followed FDR 1, and no “second Reagan” ever emerged, suggests that voters see through the folly of sequels. Given a choice, voters prefer fresh rubber to retreads. (The minor exceptions to this trend might be George W. Bush, who looks enough like his father to play him in the movies, and Robert Kennedy, who won so many primary votes in his run for the presidency—but their doppelgänger schemes were genetically based, not calculated.)

That doesn’t necessarily mean that none of the current contenders have a chance at shaping themselves as the next Trump. As rhetoric professor Jennifer R. Mercieca tells me, not even Trump started out as Trump. Despite a lifetime of sidling up to politicians, airing his political complaints and studying for the role of maximum leader on his Apprentice shows, Trump had to learn how to be Trumpian. In his 2013 CPAC speech, she says, “you’ll note that he used a lot of the same lines that he would later make famous, but that his delivery was flat and he failed to sell it. His speech was little attended or attended to and much mocked. “Trump became a great demagogue, but he didn’t start off as one. He had to learn how to work the crowd,” she says.

As Trump entered and came to dominate the 2016 campaign, his material became so popular and well-known among fans that when he took his show to his rallies, audiences were already primed to hear his greatest hits. The crowds cheered doubly hard when the hits came because they knew the hits were coming. Bernie Sanders, who also excels at filling arenas, earns a similar devotion that can’t be easily reassigned to another politician. Like Trump fans, Sanders devotees have memorized his act down to every growl and shout—and still, they attended his rallies because they wanted to hear the message directly from their man.

As unique as Trump may be, he has political precursors. From Sen. Joe McCarthy (R-Wis.) Trump learned that the harder you leaned into a lie, the more potent it grew. From Gov. George Wallace (D-Ala.) he inherited the strategy of stirring the masses by attacking Washington’s pointy heads. From Gov. Sarah Palin (R-Alaska) he gleaned how a folksy populism combined with straight-on outsider fury could galvanize the modern GOP base. The complete Trump act, which coalesced in 2015 and 2016, was more than just the sum of those parts. He had decades of experience keeping his name in the headlines of the New York tabloids—and he added his risk-taking persona to the package, portraying himself a fearless political observer who would smash “political correctness.” It became the greatest construction project of his career.

As a businessman and leader Trump might be a fraud, promising lavish outcomes he has no possible way of delivering, but at least he’s authentic in his deceptions, and honest about his low regard for morality and propriety. Just as the best bands to come after the Beatles avoided directly aping that band, Republicans who seek to replace Trump would be wise to scrape the (metaphorical) bronzer from their faces to forge their own personal paths. The timeless lesson that Trump teaches is that if you can fake authenticity, you can fake anything.

Remember the American Beetles, the 1964 combo that stole the real Beatles’ haircuts, suits, stage manner, and the Chuck Berry riffs that John, Paul, George, and Ringo previously lifted? They even appeared on American Bandstand. See the AmBeets’ discography and send the name of your favorite minor Beatlesesque band to [email protected]. Please, nobody as obvious as the Dave Clark Five. I fully expect Andrew M. Grossman, whose brain has been rotted by garage rock, will supply me with at least five candidates. My email alerts rocks to the Knickerbockers, my Twitter feed Klaatu. My RSS feed still reveres Emitt Rhodes.