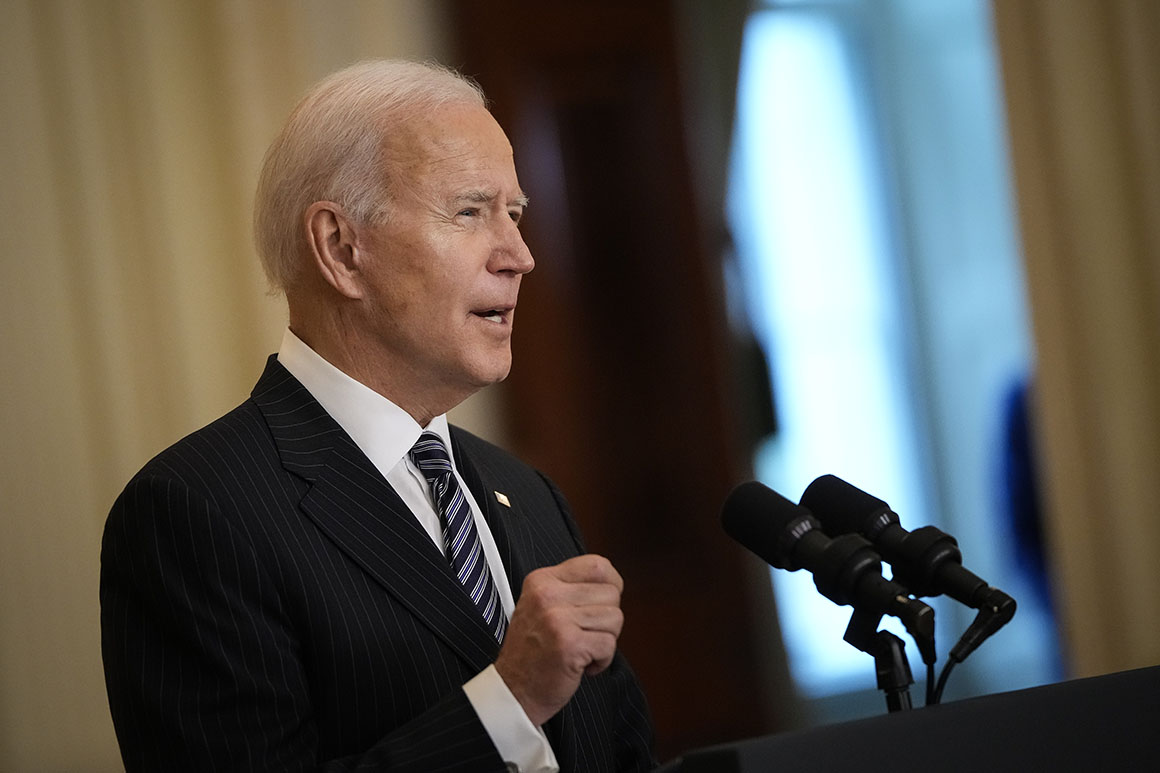 Blumenauer is already putting together a letter with other lawmakers “seeking clarification” from the Biden administration on the dismissals.

Many Republican and Democratic lawmakers, including Vice President Kamala Harris, have shifted their positions on cannabis legalization in recent years. But Biden — who, as a senator, shepherded the 1994 crime bill that disproportionately hit communities of color and set mandatory minimum sentences for marijuana possession — has never truly warmed to the idea. As recently as last year, Biden’s staff rejected marijuana legalization as part of the Democratic Party policy platform. It was a step backwards from 2016, when the party made history by endorsing a “pathway” to legalization.

“They did not support descheduling and legalization,” said Rep. Barbara Lee (D-Calif.), a co-chair of the Congressional Cannabis Caucus who worked with the Biden campaign on the Democratic party platform last summer. She’s requesting a meeting with the administration to discuss cannabis policy, including the latest uproar about personnel. In an interview, she added that the White House’s recent actions don’t surprise her. “What this shows is the impact of those laws.”

Instead of endorsing full legalization, Biden’s campaign proposed a patchwork of changes to federal drug law that would legalize, decriminalize and continue to prohibit cannabis in a variety of ways that experts say will be difficult to implement.

“His approach is very piecemeal,” said John Hudak, an expert on cannabis policy and executive powers at the Brookings Institution. “It’s hard to see how that plays out.”

The White House’s decision to dismiss or penalize employees for marijuana demonstrates the gap between the Biden administration and the majority of his party, who increasingly see decriminalization or outright legalization as a major criminal justice reform issue.

“The bottom line is this: of the hundreds of people hired, only five people who had started working at the White House are no longer employed as a result of this policy,” she added.

Nearly all of Biden’s competitors in the 2020 Democratic presidential primary issued full-throated endorsements of federal marijuana legalization. And two years ago, angling for the White House herself, Harris, then a senator from California, joked about smoking pot.

“I have … and I did inhale,” she told the hosts of The Breakfast Club about smoking in college. “It was a long time ago … I think it gives a lot of people joy and we need more joy.”

On the debate stage, Biden’s primary opponents took him to task for his reluctance to embrace marijuana legalization. Criminal justice reform advocates blame the harsh drug laws championed by Biden and other lawmakers in the 1990s for locking people up on overly punitive marijuana offenses. But Biden planted himself, suggested that marijuana was a gateway drug, generating criticism that led him to walk back that statement.

He also later said he did not think people should be locked up for marijuana and wanted to see marijuana records expunged — a departure from the senator who criticized Republican President George H.W. Bush’s anti-drug plan for not going far enough.

“We have to join together to ensure that drug dealers are punished swiftly, surely and severely … we have to hold every drug user accountable,” Biden said at the time.

Now, a third of Americans live in a state where marijuana is legal and a majority support full legalization, including 83 percent of Democrats. Congress is trending that way too: The House passed a bill to legalize marijuana in December, and the Senate plans to soon follow suit. Senate Majority Leader Chuck Schumer himself is drafting a new legalization bill and has previously promised that if Democrats led the chamber, legalization would be a priority.

Sens. Bernie Sanders (I-Vt.) and Schumer have sweeping approaches to cannabis reform, while Biden’s strategy, Hudak says, is ”public policy with a scalpel rather than hatchet.”

On the campaign trail, Biden touted his support for decriminalizing cannabis and moving marijuana from Schedule I to Schedule II. Marijuana is classified as a Schedule I substance, the most restrictive category alongside heroin and LSD.

But his proposal suggested a lack of familiarity with federal drug laws. Attorneys, state marijuana regulators and cannabis advocates expressed confusion about his support for decriminalization and rescheduling marijuana. Cocaine and methamphetamine are Schedule II substances, and still very much criminalized. It would be difficult, though not impossible, to achieve.

As the party’s nominee, Biden had new opportunities to embrace a more progressive stance on legalization, but instead dug in his heels. His attempt to bring in the progressive wing of the party through the “unity” task force with Bernie Sanders elicited compromises on policy areas like climate change, immigration and economic policy — but not on marijuana. The only concession Sanders appointees got on weed policy was to remove a budget rider preventing Washington D.C. from regulating marijuana sales. Even some of Biden’s appointees failed to move him on the issue.

As head of the Democratic Party, Biden’s stance has had ripple effects. The party rejected an amendment to support legalization as an official policy plank, instead adopting a platform backing decriminalization and expungement that mirrored Biden’s stance on the issue.

Harris also changed her rhetoric once she accepted the Democratic nomination as Biden’s No. 2. The lawmaker who in 2019 sponsored comprehensive legalization in the Senate suddenly shifted to touting cannabis decriminalization rather than legalization.

But Biden might join his fellow Democrats in time, Brookings’ Hudak said.