Trump doesn’t want back on Twitter, even if he were invited 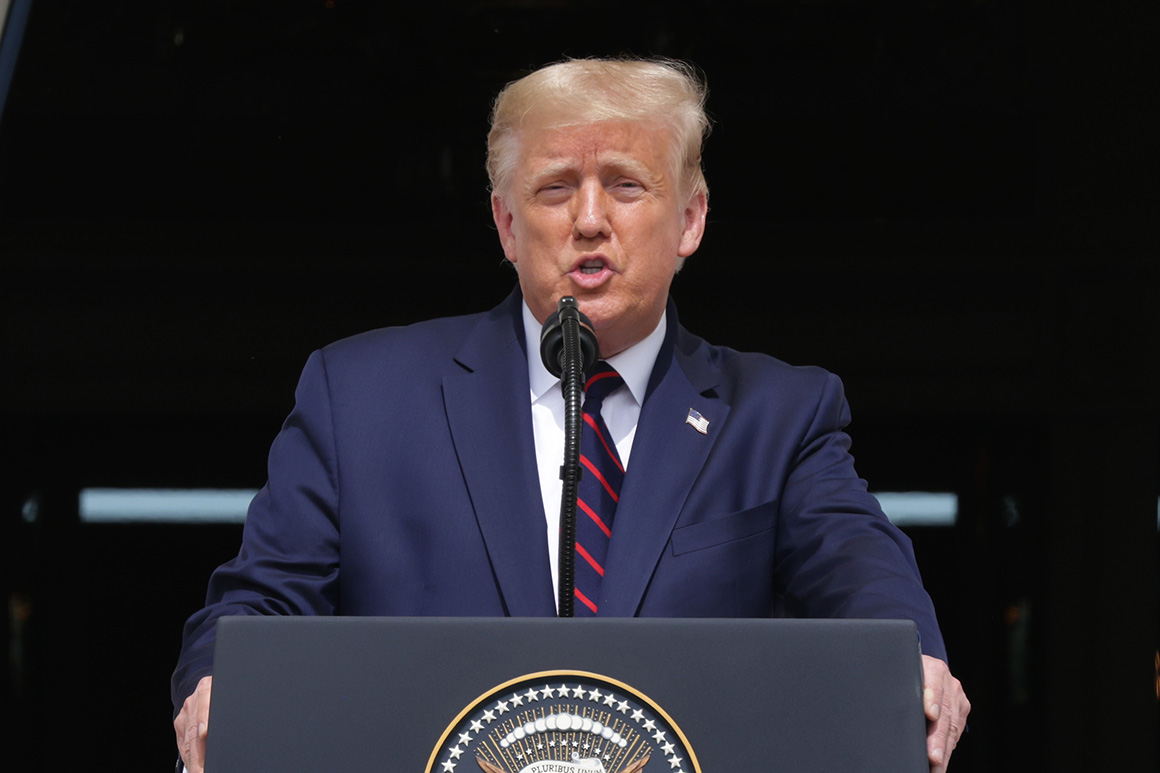 “There’s not a chance in hell he gets back on Twitter. Really, I mean that,” this person said. “He gave them his business, made it the premier app for news, debates and gossip during his presidency and in the end they said ‘Sayonara.’ So no, he has zero interest in rejoining.”

Questions of whether and where the 45th president will re-emerge from his social media hiatus took on more intrigue this week after senior Trump adviser Jason Miller said his boss was “two or three months” away from launching a social network of his own. Taking a page from Trump’s playbook, Miller proclaimed this new platform would be “the hottest ticket in social media.”

But others in Trump’s orbit said that talk of him rising like a phoenix from the ashes of a social media purgatory are overstated, noting that he has yet to decide if he even wants to get into the digital networking business, let alone what features a new platform might contain. The ex-president relished the real-time impact his tweets could have on news cycles, global markets and high-stakes congressional negotiations. But the allure has worn off, those close to him say, adding that Trump seems to be taking new pleasure in the attention his more sporadic engagement through press statements has attracted.

“Everybody’s waiting, and I think I’m getting better and more coverage with that than I did with tweeting,” Trump said of his scattered post-presidential press releases in a Newsmax interview Monday night.

“I like this better than Twitter,” he continued. “Actually they did us a favor. This is better.”

Trump is nothing if not impulsive. And there is always the possibility that he could change his mind on reengaging with Twitter, should he have the option of doing so. The former president was initially enraged when Twitter suspended his account in mid-January, following years of him describing the site as both critical to his 2016 election victory and for connecting him with the MAGA faithful.

But as long as Trump remains banned from Twitter, he and his aides have been considering alternatives that would bring more regularity to his public engagement and potentially turn his social media following into something from which he could profit.

One former adviser said Trump is interested in having a financial stake in whatever platform is created — if he makes a foray into social media at all — after Parler made a reportedly unsuccessful offer to the Trump Organization for a 40 percent ownership stake in the right-wing social networking site. But some Trump allies warn that Miller may have gotten ahead of himself when he vowed to unveil a Trump-led social network start-up in the coming months.

“Trump has solicited ideas from a bunch of people, and some of the people visiting him at Mar-a-Lago have told him he should do his own thing and start a competitor, but even after conversations like that there hasn’t been a real sense of urgency on his end,” said an adviser involved in the ongoing social media discussions. “He’s not instructing his team to drop everything and figure out the social media question.”

While discussions of a new social media platform have taken place inside Trump’s orbit, four people familiar with the matter said plans for a new platform remain in the conceptual phase. A senior Trump adviser confirmed there are several options under consideration, but pushed back on the idea that it was conceptual only, saying some ideas have reached the beta-testing stage.

Two Trump advisers, former White House deputy chief of staff Dan Scavino and ex-campaign manager Brad Parscale, have taken the lead on developing a vision for the ex-president’s reimagined online presence and more high-level meetings on the matter are due to take place at Mar-a-Lago this week, according to the senior Trump adviser.

But some in Trump’s orbit believe the effort is doomed to fail regardless of who is involved or what the ex-president’s team comes up with.

“Even if it doesn’t suck, who the hell is going to sign up?” said a former Trump campaign official. “I don’t have a ton of confidence in this.”

For over a decade, Trump communicated his thoughts through Twitter on a head-spinning potpourri of topics, ranging from Hollywood actress Kristen Stewart’s love life to the Iranian regime’s nuclear ambitions. His use of the platform was so prolific that almost any time a major cultural event happened, journalists would quickly unearth a related Trump tweet on the subject — often to find he had taken the exact opposite position of what he was advocating in real time. There were some days that, between his tweets and retweets, he would post more than 100 times.

For Trump, his proclivity to weigh in on the news and pop culture gained him a following that ultimately helped propel him to the presidency. He had reached 88 million followers before he was kicked off the platform. And in the White House, his social media use demanded attention from reporters and leaders around the world as they tried to navigate his tumultuous tenure.

But Trump’s love of Twitter also often landed him in hot water — a frustration he acknowledged when reflecting on his time away from the app.

Within Trump World, there is a sense of serenity about the new communications infrastructure. Far from the days-long controversies many of his tweets often stirred, Trump’s transition to more formal statements issued through his new office and political action committee has eliminated the threat of accidentally elevating unsavory figures or sparking unnecessary dramas.

The former president still workshops his public statements with a small group of aides before they are shared more broadly — resembling the process that accompanied many of tweets while in office — but has been far more selective in choosing when and on what topics to weigh in.

Still they have their classic and chaotic stream of consciousness nature to them, such as a recent statement issued by Trump through his Save America PAC that inadvertently seemed to acknowledge that his claims of a stolen election were made up.

“The New York Times did a story today saying that various Republican groups, many of them outstanding, are rallying on false claims that conservative activists are finding that the best way to raise money and keep voters engaged is to make Donald J. Trump’s biggest fabrication, Election Fraud, their top priority,” the statement read.