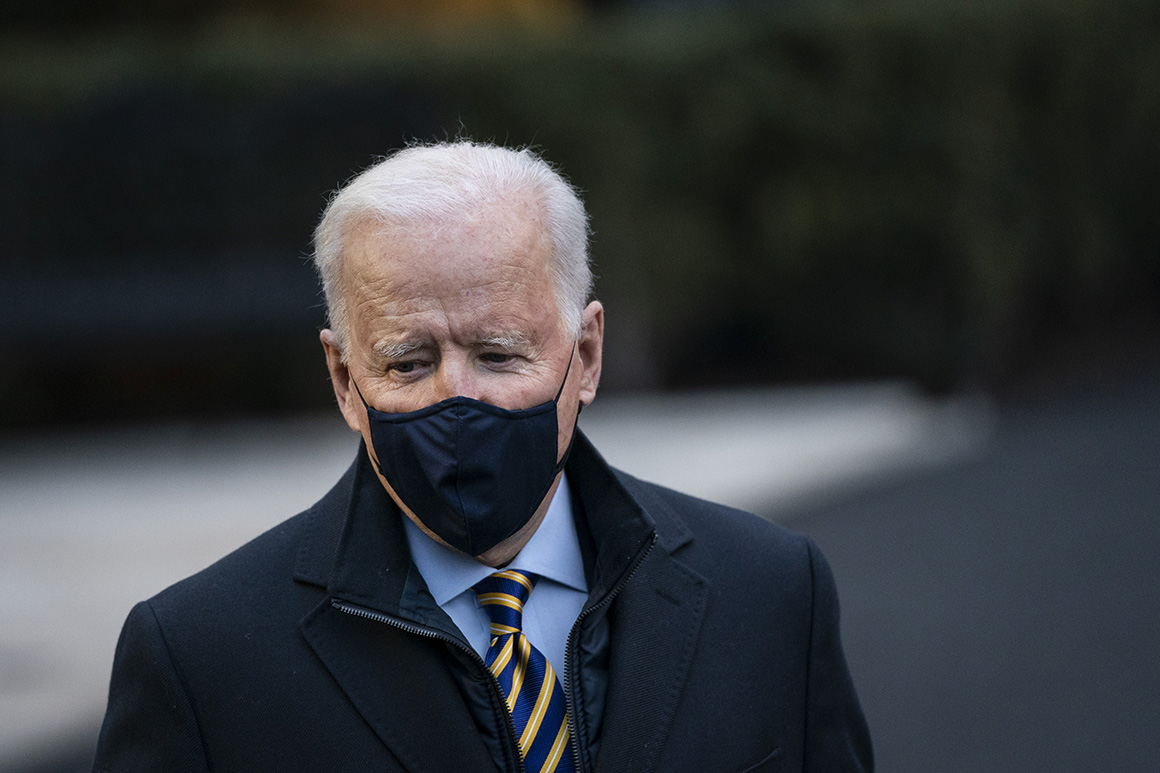 U.S. President Joe Biden wants to reverse his predecessor Donald Trump’s trade war with Europe but the transatlantic tariff showdown could be about to get a whole lot worse before it gets better.

On Friday, there were clear signs that Washington was out to patch up differences with old allies when it struck a deal with the EU on a four-month freeze of the tariffs they slapped on each other over subsidies for aerospace giants Boeing and Airbus.

This is hardly an end to transatlantic conflict, however. While the Airbus-Boeing dispute is a long-running sore, Biden’s more imminent problem is that there is another hefty tranche of EU duties coming.

Europe’s tariffs imposed in retaliation for Trump’s steel and aluminum duties of 2018 are due to more than double on June 1. Those have already thumped prime American exports like bourbon whiskey, jeans, orange juice, tobacco, peanut butter, yachts and Harley-Davidson motorbikes.

Trump ignited a global trade war in March 2018 by imposing tariffs on steel and aluminum. Highly controversially, he cited “national security” as his grounds for doing so. Those 25 percent tariffs are still in place, and Europe’s doubling of its retaliatory measures is an automatic component of Brussels’ response from 2018. The EU countermeasures would mean, for example, that U.S. bourbon, the single most valuable product hit by the European retaliation, will face additional tariffs of 50 percent, up from 25 percent.

While both the EU and U.S. have said they would like to avoid that escalation, there is no immediate way out of this crunch because Biden faces internal pressure from steelmakers, unions and some parts of his party to maintain the steel tariffs.

And that’s already bringing sweat to the brows of the bourbon makers.

“The steel and aluminum dispute is still hurting American whiskey consumers, workers and companies on both sides of the Atlantic. More harm will be caused if tariff rates double on June 1,” said Lawson Whiting, president and chief executive of Brown-Forman, the company behind Jack Daniel’s and other spirits.

Biden’s challenge is that removing Trump’s steel tariffs would open him up to accusations from industry and unions that he is weaker on trade enforcement than Republicans. One reason Biden defeated Trump in November was that he won back some of the blue-collar voters who abandoned Democratic candidate Hillary Clinton in 2016.

Similarly, in Brussels, there is little appetite to stop the tariff hike unless Biden removes the tariffs. Officials said the EU’s doubling of tariffs in June would be “automatic” if Washington doesn’t eliminate the levies. Indeed, Brussels in 2018 passed a regulation imposing tariffs on $3.2 billion worth of U.S. goods in retaliation for Trump’s steel and aluminum tariffs. That same law has a provision that automatically triggers additional tariffs on another $3.8 billion worth of goods on June 1, 2021 — unless Washington ends its national security tariffs.

In another sign that defusing the bomb will be tricky, newly confirmed U.S. Commerce Secretary Gina Raimondo last Thursday suggested it could make sense to maintain Trump’s steel tariffs.

Biden’s nominee for U.S. trade representative, Katherine Tai, said last week that while she understood the pain coming her country’s way in June, she also understood the need to maintain a strong U.S. steel industry.

“I recognize that absent a negotiated resolution, the E.U.’s retaliation for the United States section 232 tariffs on steel and aluminum will increase substantially in June. I also recognize that the maintenance of a strong U.S. steel industry will require effective action to address global steel overcapacity,” she said in written responses to questions from U.S. senators.

Tai said she would “work closely with the Department of Commerce on any review and implementation of the Section 232 tariffs on steel and aluminum,” but said she would favor an approach based on cooperation with allies to address Chinese steel overcapacity.

“I will work with our allies to collectively address market distortions caused by [state owned enterprises], subsidies and other unfair trade practices in the steel sector.”

A spokesperson for the Office of the U.S. Trade Representative said the agency had nothing to add to Tai’s written response, which reflects the administration’s thoughts on the subject.

The U.S. steel industry says there’s no reason for the Biden administration to be scared by the EU threat of escalation, arguing that the EU’s retaliation was illegal.

“I don’t think the U.S. government can be threatened into making a change in its trade policy,” said Kevin Dempsey, president and chief executive of the American Iron and Steel Institute.

From the steel industry’s point of view, the steel tariffs have been very effective and it had no interest in a deal that would eliminate them or exchange them for a quota.

“The problem that the 232 is trying to address is the problem of global overcapacity, which has been growing, not shrinking, in recent years,” Dempsey said. “Removing the tariffs before we’ve solved the global problem is putting the cart before the horse.”

The U.S. steel industry sympathizes with other sectors that have been caught in the cross-fire of the EU’s retaliation. But they are being hurt because the EU illegally retaliated against Trump’s national security action, Dempsey said.

The United States challenged the EU’s retaliation at the WTO and a long-delayed decision is expected to be issued this year. Similarly, the EU challenged Trump’s tariffs as an improper use of the WTO’s national security exception, in addition to imposing retaliation, and a decision in that case is also expected in 2021.

All this means that U.S. whiskey producers fear a dry summer. Their exports alone made up 15 percent of the total tariff pain inflicted by the EU’s retaliation. Unless a deal on steel comes quickly, they will miss out on the reopening of bars and restaurants across Europe.

“There is never a good time to suffer additional tariffs,” said Whiting from the spirits company Brown-Forman. “But the fact that tariffs have coincided with COVID challenges has been a real double whammy for us … We are determined to play the fullest part we can in helping our hospitality customers and partners throughout Europe to recover … and we’d be much better placed to do so if we were released from the burden of tariffs.”

Just as consumers will catch up on some of their delayed consumption as economies are expected to reopen in the months to come, U.S. products on the EU’s tariff list may become too expensive as producers will have to pass on a bigger share of the tax to consumers.

“At a tariff rate of 25 percent, we decided to shield our European customers … whenever possible,” Whiting said. “Everyone can imagine that, at a rate of 50 percent, suddenly that shielding becomes much more difficult.”

This article is part of POLITICO’s Sustainability Pro service, which dives deep into sustainability issues across all sectors, including: circular economy, waste and the plastics strategy, chemicals and more. For a complimentary trial, email [email protected] mentioning Sustainability.

Share
Facebook
Twitter
Pinterest
WhatsApp
Previous articleSchool shooting lockdown drills: Are they effective?
Next articleExecs at Coca-Cola Laughed at Her Idea to Start an Unsweetened Flavored Water Company. Now Her Company Is Worth Millions.