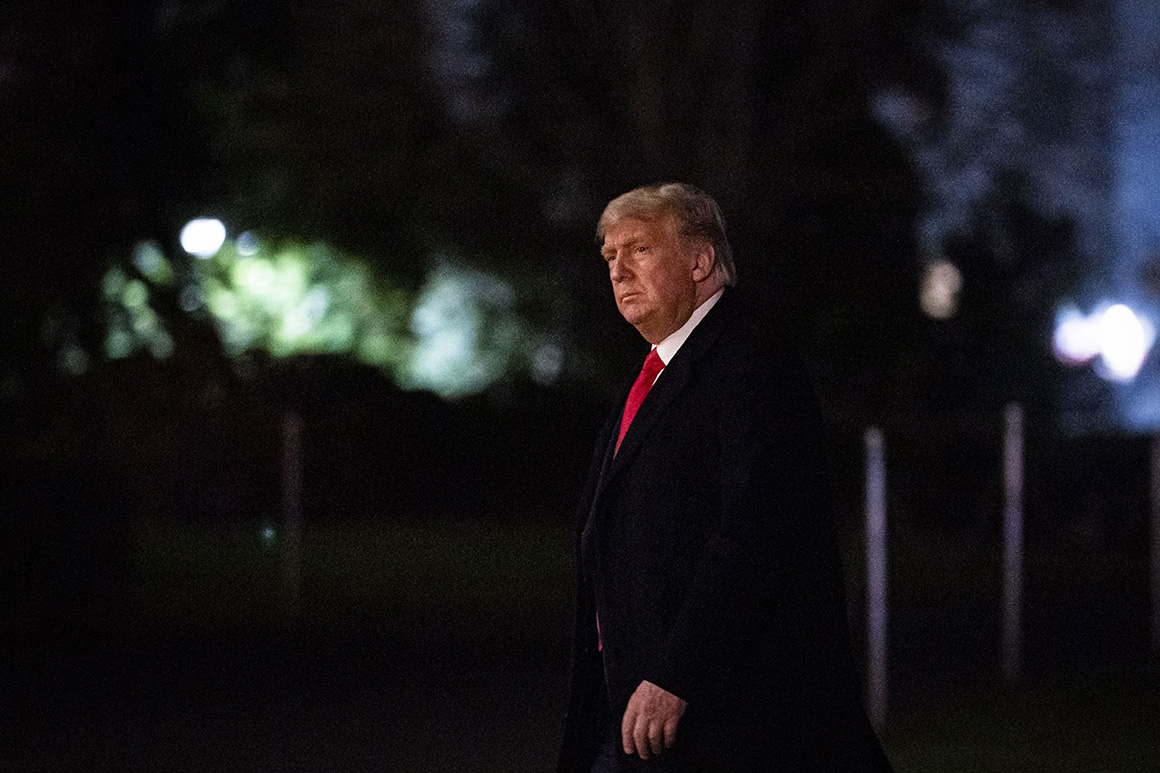 Trump shared a news report on McConnell’s remarks in a tweet posted shortly after midnight. In an accompanying message, he wrote: “Mitch, 75,000,000 VOTES, a record for a sitting President (by a lot). Too soon to give up. Republican Party must finally learn to fight. People are angry!”

McConnell further broke with Trump on Tuesday during a call with GOP senators, warning the lawmakers against objecting to the presidential election results when they are delivered to a joint session of Congress for certification early next year.

A spokesperson for McConnell did not immediately return an email seeking comment on Trump’s criticism.

In recent weeks, the president has trained his fire on Republican governors and other local officials he has deemed insufficiently supportive of his baseless claims of widespread voter fraud and scattershot legal bid to overturn the results of the election.

But his tweet Wednesday marked the first time Trump has so publicly turned on his party’s most senior Washington lawmaker for recognizing Biden as president-elect. McConnell had been reluctant to do so since the race had been officially called for Biden early last month, instead deferring to Trump’s ongoing effort to reverse the election’s outcome.

The Electoral College vote Monday was also an inflection point for many other Senate Republicans who until then refused to accept the reality that Trump had lost his campaign for a second term.

“I understand there are people who feel strongly about the outcome of this election,” Senate Majority Whip John Thune (R-S.D.), McConnell’s top deputy, told POLITICO. “But in the end, at some point you have to face the music. And I think that once the Electoral College settles the issue today, it’s time for everybody to move on.”