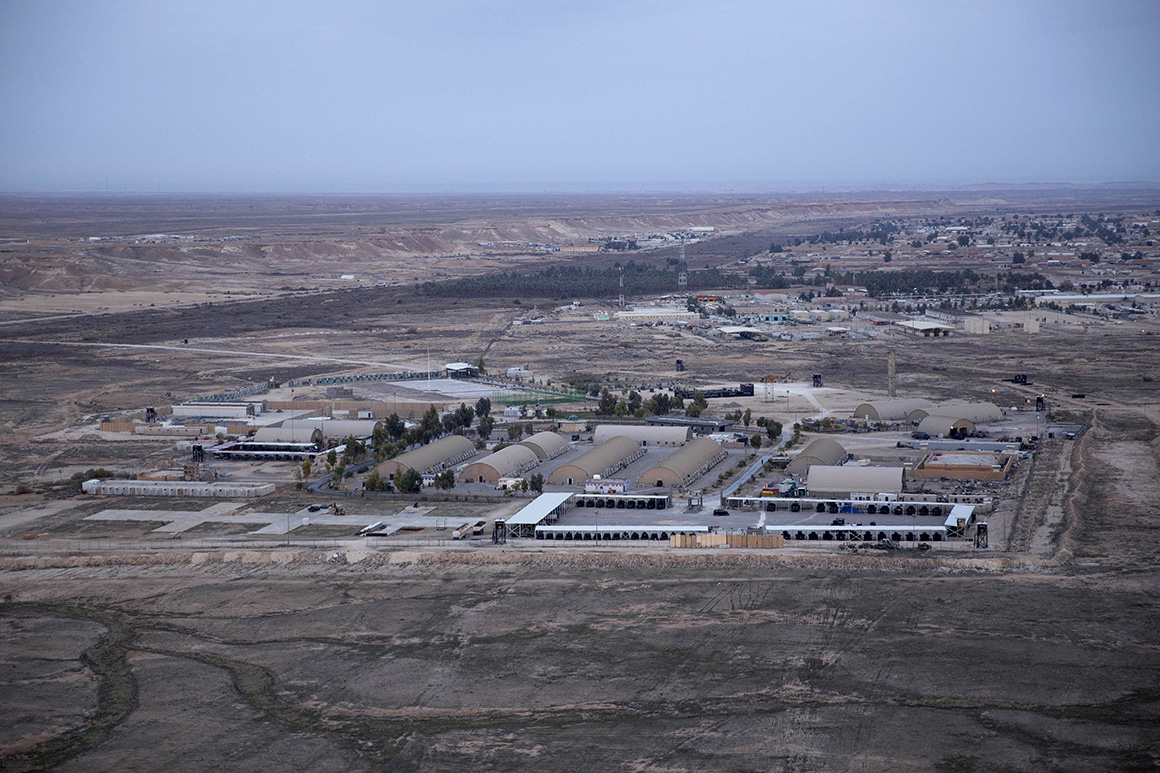 One U.S. contractor suffered a fatal cardiac episode while sheltering during the attack, which was the latest in a series of tit-for-tat attacks that have raised concerns about escalating tensions in the region. No U.S. service members have been reported injured.

The Biden administration has yet to publicly blame Tehran for the latest attack, which came just days after U.S. fighter jets bombed military positions used by Kataib Hezbollah and other Iran-backed groups in eastern Syria late last week.

“We cannot attribute responsibility at this time, and we do not have a complete picture of the extent of the damage,” Pentagon spokesperson John Kirby said in a Wednesday statement.

Biden ordered last week’s strike in Syria, which destroyed the intended targets and killed at least one militant, after officials determined that Iran facilitated three separate attacks in Iraq that put Americans in danger.

Iraqi security forces were on the scene “nearly immediately” after Wednesday’s attack, Kirby said. Iraqi news media reported that investigators had found a rocket launcher hidden inside a civilian truck that they believe was used in the attack.

The circumstances of the latest strike on al-Asad are similar to past attacks linked to Kataib Hezbollah, the defense officials said. While a myriad of Shia-based militia groups in Iraq often take direction from Tehran, they are not always under direct Iranian control.

Kataib Hezbollah is also believed to have carried out an attack in December 2019 on the K-1 air base in Iraq that killed an American contractor and wounded Iraqi and U.S. troops, setting off a volley of attacks that culminated in then-President Donald Trump ordering the killing of Iranian Maj. Gen Qasem Soleimani. Kataib Hezbollah commander Abu Mahdi al-Muhandis was also killed in that strike.

In response to the Soleimani strike, the Iranian Revolutionary Guard Corps launched a barrage of missiles at al-Asad on Jan. 8, 2020. More than 100 U.S. troops suffered traumatic brain injuries during the incident.

Kirby urged caution following this latest attack, but said the U.S. would respond if necessary.

“Let’s let our Iraqi partners investigate,” he said. “If a response is warranted, I think we have shown clearly that we won’t shy away from that.”