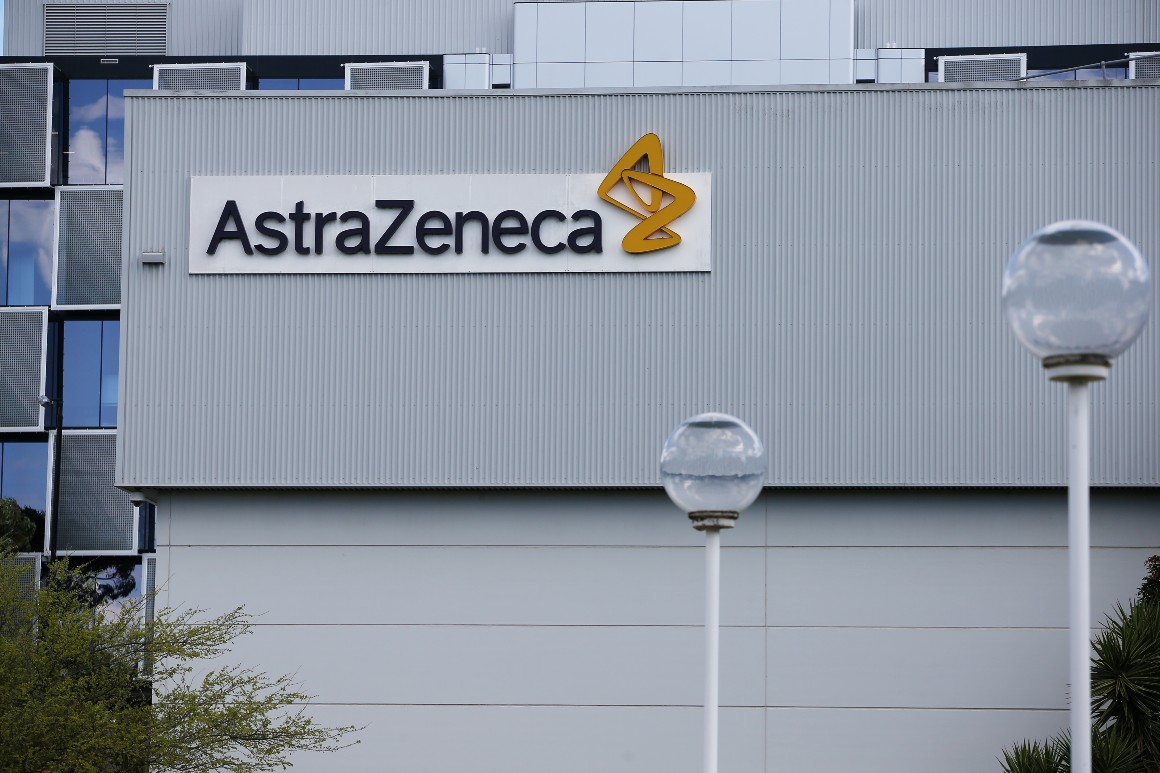 The U.K. placed a series of export restrictions last year on around 100 medicines that could be used to treat COVID-19 patients despite criticizing others for considering similar limits on vaccines.

In response to a question from POLITICO, Prime Minister Boris Johnson chastised the EU at a press conference in Downing Street Tuesday for considering putting restrictions on the export of coronavirus vaccines — calling such curbs “nonsensical.”

His comments follow increasingly heated rhetoric from the European Commission directed at AstraZeneca over its inability to fulfil orders made by the bloc for its vaccine. The Commission is now considering a plan to mandate that companies inform Brussels ahead of making any shipments of vaccine out of the EU.

The drugmaker, meanwhile, has said it is meeting its obligation to make its “best effort” to get the EU its share of doses but has been hit by manufacturing problems. Supplies of the vaccine in the U.K. have been unaffected.

Yet, while Johnson hit out at the EU for weighing export controls on vaccines, the British government itself has a list of 174 medicines that are currently banned from export from the U.K., because they “are needed for UK patients.” Additions to the list in 2020 included around 100 medicines that have been suggested as possible treatments for COVID-19 patients or are being used to alleviate symptoms of COVID-19 patients in intensive care units.

In addition, the list includes flu vaccines, which while not directly used to treat COVID-19, are considered a critical public health tool in combating the virus, by reducing other pressures on the National Health Service.

Also on the list are a host of medicines associated with intensive care and long periods of intubation, while breathing is supported mechanically. While not solely used to treat specific COVID symptoms they were needed to prepare hospitals for an influx of intensive care patients suffering from severe cases of the disease.

One of the most recent updates to the list, made on November 6 last year, included Dabigatran etexilate and Semaglutide. The first acts as a blood thinner, and has been used to try and combat what a U.K.-based intensive care doctor described as a “stickiness” in the blood experienced in some COVID-19 cases. The other, semaglutide, has previously been used for treating strokes, but doctors believe it could help ease the impact of COVID-19 on patients’ hearts.

These medicines could prove as important, if not more important than the vaccine if new variants of the virus prove resistant to the jabs, said the doctor, who spoke on condition of anonymity. “It’s the same principle here. If the virus doesn’t respect borders, then medicines, vaccines of any kind, shouldn’t be hoarded,” they added.

A POLITICO analysis of the British government’s list of drugs shows that since March last year the U.K. imposed controls on the export of over 170 medicines to other countries. While some have been shown to have limited impact on treating the virus such as hydroxychloroquine — which has since been removed from the list — several have proven effective. Others may have been added for other reasons such as a global shortage of the drug.

The medicines range from commonplace anti-inflammatory drugs such as ibuprofen to more niche anti-arthritis drugs such as anakinra, which studies suggest may help in combating pneumonia in severe COVID-19 cases.

There are several exceptions to the ban, with drugmakers who possess a marketing authorization for a drug still able to export it. There is also meant to be a check on the ban that means it only covers drugs intended for the U.K. market, but it’s not clear how that test is met.

A spokesperson for Britain’s Department of Health and Social Care said in a statement that medicines “manufactured and intended for markets abroad are not subject to the export restrictions.”

They added: “We have restricted the exporting and hoarding [of] medicines that have been placed on the market in the U.K. for U.K. patients to ensure the uninterrupted supply for NHS patients. If medicines in the U.K. may be needed by our patients, they should not be diverted to other countries for financial gain.”

The uptick in additions to the list began in March 2020, coinciding with the first big increase in coronavirus cases and deaths. Between the time that the government first published its list of medicines banned from export in October 2019 and February 2020, only 37 medicines were added to the list of drugs that can’t be exported. One drug was removed. However, since March, over 170 medicines have been added and 27 removed. The majority of the drugs removed were ones that had been added before the pandemic began.

October 2019 marked the first time the U.K. imposed export restrictions on drugs, according to the BBC. At that time it appeared to be focused on a small number of drugs that might have been put at risk by a no-deal Brexit.

The current dispute between the U.K. and the EU, only weeks after the end of the Brexit transition period, will be “inexplicable” to many, said Martin McKee, professor of European public health at the London School of Hygiene and Tropical Medicine. “While the U.K. government’s earlier decision to impose export restrictions on medicines may have seemed expedient at the time, it has contributed to a climate of distrust that is to no-one’s benefit,” he added.

Earlier in the pandemic, there were also examples of EU member states blocking the export of personal protective equipment to their neighbors. French President Emmanuel Macron ordered that masks and other protective equipment be requisitioned for French-only use in March last year. This, according to a report in the Irish Times, included masks already contracted to be sent to other European countries.

France also restricted the export of multiple drugs used in the treatment of COVID-19 and ignored calls from the European Commission to lift the ban, according to Reuters. The Commission has been highly critical of export bans by individual member countries and in March worked with Germany to ensure that it lifted its export ban on protective equipment. However, Brussels itself also waded into export ban territory in March by restricting some medical equipment from being exported outside the bloc.

It was “disappointing to hear this sort of tit-for-tat narrative around availability and distribution of vaccines,” said Grace O’Sullivan, Green MEP for Ireland South in the European Parliament.

“Boris Johnson’s remark yesterday that the EU shouldn’t restrict the export of vaccines is rich indeed, in the context of the U.K.’s own restrictions and export bans around medicines being used on COVID-19 patients. Nor, however, should EU powers forget that we are all part of a global community,” she added.