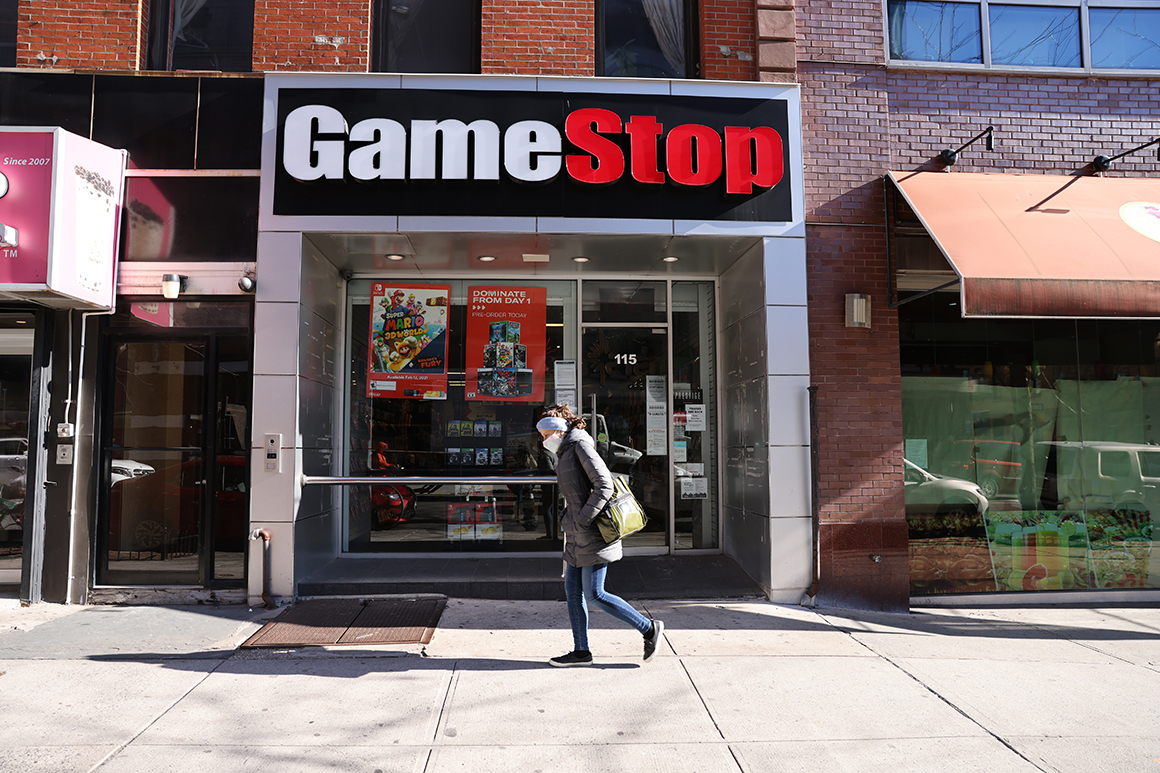 The fervor will ensnare a wide range of Wall Street players, igniting what many critics say is a long overdue debate about whether the complex structure of the market serves average investors or is fraught with conflicts of interest and susceptible to manipulation.

“I am deeply concerned that these casino-like swings in the value of GameStop and other company shares are yet another example of the gamesmanship that interferes with the ‘fair, orderly, and efficient’ function of the market, raising obvious questions about public confidence in the market and those trading in it,” Sen. Elizabeth Warren (D-Mass.) said Friday in a letter to the SEC.

The trading chaos rattling Robinhood and other trading platforms is connected to rallies in more than a dozen stocks that appear to be driven in part by users of the social media website Reddit. The site’s users have said they wanted to punish hedge funds that were betting on further declines in GameStop and other struggling companies. As the stock rose, the short sellers suffered. GameStop’s stock rose 68 percent on Friday, rebounding from Thursday’s steep decline.

The extreme volatility forced at least one hedge fund to seek a bailout from investors and prompted an outcry from Wall Street traders. It’s unclear who exactly is on all sides of the trades, but the dynamic ignited a populist outcry from lawmakers who took the opportunity to bash financial firms.

Brown and Waters are promising to hold Wall Street firms to account in the hearings, which have not been formally scheduled. They showed no sympathy for hedge funds taking massive losses and instead vowed to probe their role in the affair.

“We must deal with the hedge funds whose unethical conduct directly led to the recent market volatility,” Waters said in a statement. “We must examine the market in general and how it has been manipulated by hedge funds and their financial partners to benefit themselves while others pay the price.”

The incident may trigger the most political attention to the mechanics of stock trading since the 2010 “flash crash,” when an epic, unexpected swing in stock prices baffled officials and investors, prompting hearings and years-long investigations.

“Unfortunately, it should be another ‘flash crash’ moment that wakes people up to their false sense of security that our markets are functioning properly when they’re full of fraud, manipulation and conflicts of interest that benefit the big players and screw the buy-side and the retail players,” said Better Markets President and CEO Dennis Kelleher, who advocates for greater Wall Street oversight.

Although numerous other platforms offering app-based trading for retail investors — including Interactive Brokers, E-Trade, and Schwab — also limited trading access to GameStop and other stocks, most of the criticism was targeted at Robinhood, a startup brokerage that says it’s on a mission to “democratize finance for all.”

The trading platform has been under fire the past year as a surge of individual investors stuck at home during the pandemic used its app to dabble in stocks and ride a rising market. Robinhood has attracted customers with its simple, user-friendly interface and claims that it offers “commission-free” transactions like those afforded to “big Wall Street firms.”

But Robinhood has faced growing questions about whether it’s living up to its name as a savior for mom-and-pop investors.

Last year, Robinhood agreed to pay $65 million to settle SEC charges that it failed to disclose revenue it received from selling its customers’ orders to other trading firms to execute at high fees, depriving its customers of $34 million.

Former SEC Chair Jay Clayton told lawmakers last year that “we need to do something” after the suicide of a 20-year-old man who believed he had suffered huge losses on Robinhood.

Amid the sudden Washington scrutiny, Robinhood went on a hiring spree of lobbyists and former government officials.

As the trading tumult unfolded, Robinhood had an open job listing on LinkedIn for a federal affairs manager.

On Thursday, Robinhood CEO Vlad Tenev was forced to deny rumors that it was acting on behalf of hedge funds and instead said that the company limited trading because of financial requirements and to “protect the firm and protect our customers.”

Robinhood raised $1 billion from investors as it tried to manage investor demand.

Tenev said the company acted “preemptively” amid extreme market volatility to restrict its customers from purchasing 13 companies’ stocks as it tried to manage financial obligations, including SEC capital rules and clearinghouse deposits needed to back up trades. In an interview with CNBC, Tenev denied that the company faced a liquidity shortage and rejected rumors that it was acting on behalf of any outside hedge fund or big market player.

SEC officials indicated to House aides in a briefing Friday that part of the reason some brokerages restricted purchases this week was that they were trying to balance financial obligations linked to the trades during intense volatility, sources familiar with the briefing said.

“It was a difficult decision, and that’s what we had to do as part of normal operations,” Tenev said.

The trading controversy has also renewed attention on the financial empire of billionaire Ken Griffin, the founder of two businesses that are exposed to the issue on different fronts.

That amped up scrutiny of another Griffin business, Citadel Securities, one of the electronic trading firms that buys stock orders from Robinhood and executes the trades. The widespread industry practice — known as payment for order flow — is controversial because of concerns about whether it benefits individual investors. Supporters say it reduces transaction costs.

The Citadel firms have not been accused of wrongdoing, but they are obvious targets for lawmakers digging into the issue. Company representatives say the businesses operate separately. Citadel Securities said it did not order any stock brokerage to suspend trading. Citadel the hedge fund said it was not responsible for any broker’s decision to stop trading.

Given the level of public interest, the GameStop probe will become one of the first and most scrutinized problems waiting for attention from Gary Gensler, an aggressive regulator who has been tapped by President Joe Biden to lead the SEC, if he’s confirmed by the Senate.

“Gensler would have been all over this if he was in the chair, but he isn’t and he won’t be until mid-March at the earliest,” said Isaac Boltansky, policy research director for Compass Point Research & Trading.

The SEC will face pressure to show that it’s addressing long-standing market concerns that lawmakers and investor advocates say have gone unattended, including the strength of market manipulation rules and transparency measures to help individual investors.

Hedge funds, which invest money on behalf of wealthy individuals and institutions, had already attracted some regulatory attention at the onset of the pandemic. Extreme stress in key debt markets forced the Federal Reserve to intervene to ensure all manner of companies would be able to borrow money to survive nationwide lockdowns. Some hedge funds’ risky trading strategies blew up, which has been identified as a potential contributor to the market’s plight.

Those events and the GameStop episode have little overlap in terms of the particulars, but renewed lawmaker attention could feed calls for more transparency into hedge fund activities. The firms have resisted the push because proprietary algorithms and strategies are central to their profit-making.

“The degree of response that we’re seeing among both lawmakers and the public more generally is a reminder that there remain a lot of questions about whose interest the financial system really serves,” said Kathryn Judge, a professor at Columbia Law School.

Still, hedge funds’ willingness to bet against stocks, a sometimes-predatory tactic central to their financial pain in this case, can also help keep prices closer to a company’s perceived value. That could make it more difficult for lawmakers to point to specific regulatory shortcomings related to GameStop, particularly since hedge funds regularly lose money on so-called short selling.

“The hedge fund industry supports greater access to financial markets,” said Bryan Corbett, president and CEO of the Managed Funds Association, which represents that industry. “Essential fairness for all investors requires that there be an orderly market with an effective price discovery function. It fosters stability, reduces risk and encourages market confidence.”