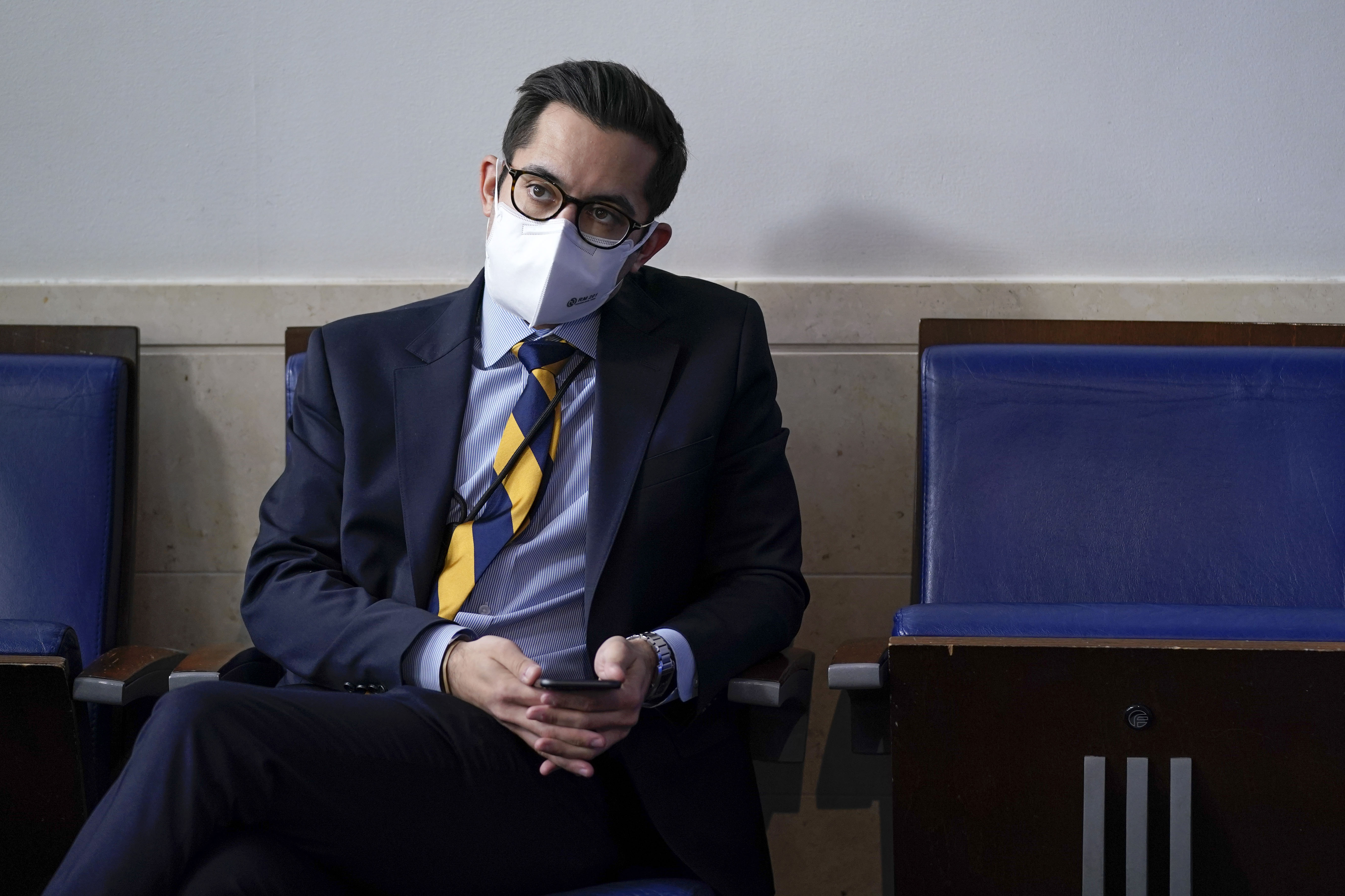 “No words can express my regret, my embarrassment, and my disgust for my behavior,” Ducklo wrote. “I used language that no woman should ever have to hear from anyone, especially in a situation where she was just trying to do her job.”

Ducklo’s resignation came after Vanity Fair reported on Friday about an off-the-record call between Ducklo and Tara Palmeri, a co-author of POLITICO’s Playbook newsletter, who was in the process of reporting on Ducklo’s relationship with Axios reporter Alexi McCammond.

After the Vanity Fair story was published, Psaki announced that Ducklo had been “placed on a one-week suspension without pay” and that he would no longer be assigned to work with any POLITICO reporters.

But Psaki also said that Ducklo’s inappropriate remarks toward Palmeri were in the context of “a story related to his personal life.”

“I’m not saying that’s acceptable, but I just want to be clear that it was not about an issue related to the White House or White House policy, or anything along those lines,” she said.

Psaki said she had not discussed the matter with President Joe Biden, and that she had made the decision to suspend Ducklo in consultation with Klain. The punishment, she said, was “a significant step. I’m not aware of a history of that step being taken.”

But Psaki struggled to answer questions regarding Ducklo’s future professional interactions with female reporters who do not work for POLITICO, and she did not explain why Ducklo was only suspended Friday — not when she first learned of his remarks.

Psaki said White House officials and POLITICO editors had until Friday engaged “in a private manner,” and “that was what we felt was appropriate at the time.”

“We raised our concerns about the incident directly with the White House at the time,” top POLITICO editors Matt Kaminski and Carrie Budoff Brown said in a statement on Friday. “No journalist at POLITICO—or any other publication or network—should ever be subjected to such unfounded personal attacks while doing their job. POLITICO reporters and editors are committed to forging a professional and transparent relationship with public office holders and their staff and expect the same in return.”