Why Biden won’t stop talking about Trump after impeachment 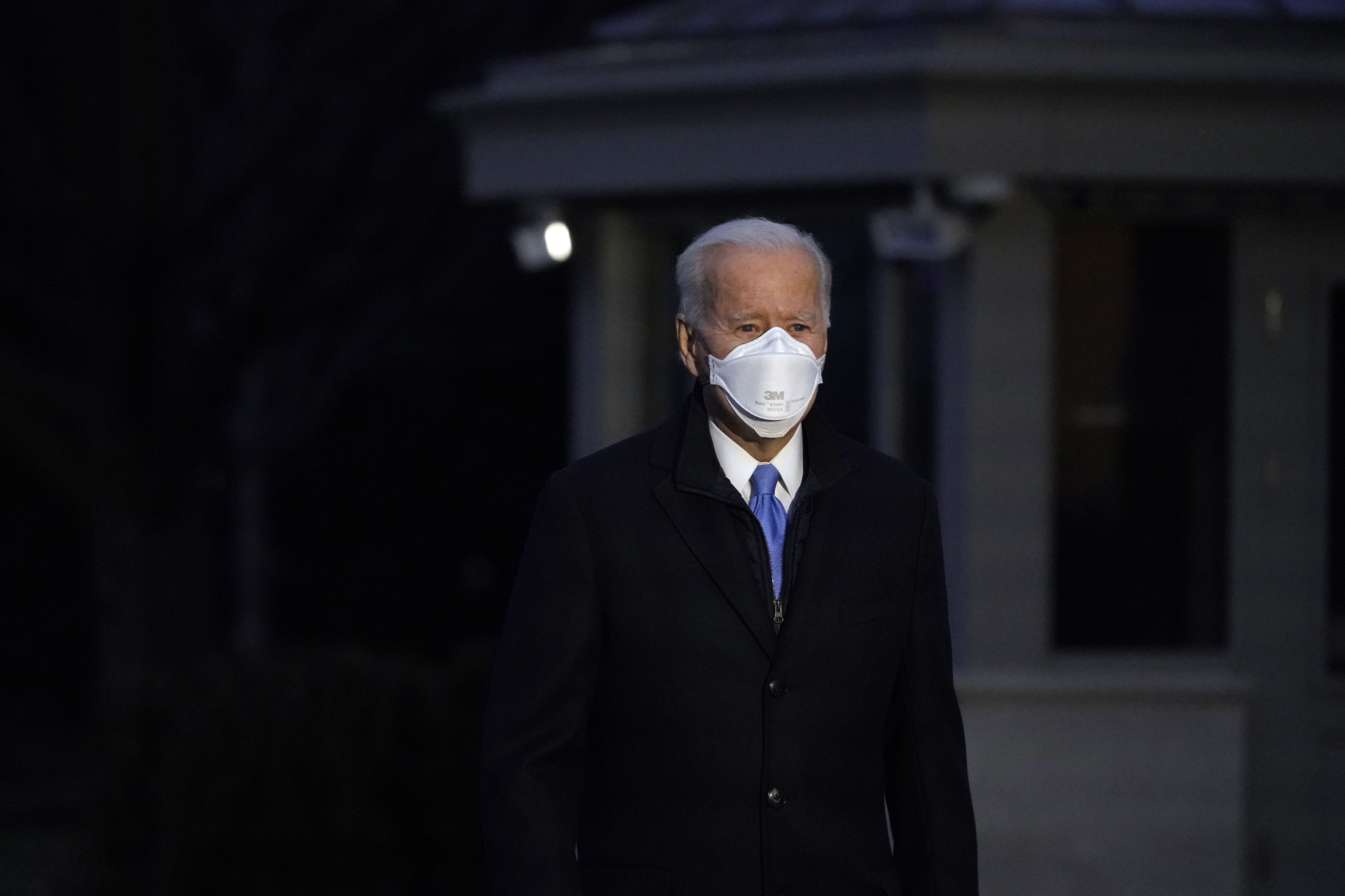 Biden’s team learned a lesson from 2009, when President Barack Obama and Biden, then vice president, came to believe that they’d failed to defend their policies forcefully enough against criticisms from Republicans, including former Vice President Dick Cheney. Those criticisms, they believe, contributed to Democrats’ enormous losses in the 2010 midterm elections.

“You have to make sure you are making it clear that you are contrasting the person and the policies,” a longtime Biden adviser said. “In some ways, American voters picked Biden to be the opposite of Trump.”

Since the inauguration, Biden and his aides have criticized the Trump administration for failing to build up and quickly distribute the coronavirus vaccine, refusing to hold Russia accountable for a “range of malign activities” from election interference to hacking and for enacting “immoral policies” to limit immigration.

At the same time, the White House has tried to avoid engaging in the name calling Trump was known for when he was president, in keeping with Biden’s campaign promise to take a less divisive political approach. Oftentimes, aides decline to even utter Trump’s name, referring instead to the “previous administration” or “former president” (a term Trump eschews in favor of “45th president”).

This week, as Washington was consumed by the impeachment trial, White House aides dodged question after question — declining to say whether the proceeding was constitutional, whether Trump should be convicted, or whether Biden would receive regular updates on the Senate action.

“They’re trying to draw a governmental contrast, a moral contrast, a values contrast,” said Robert Gibbs, former White House press secretary for Obama who is in touch with the Biden White House. “Yet at the same time, they’ll try to keep themselves above the day-to-day of Joe Biden versus Donald Trump. I just don’t think that helps many people besides Donald Trump.”

As the trial went on, the White House hosted several events, including Biden’s remarks on the coup in Myanmar and press secretary Jen Psaki’s press briefings, to project a message that Biden was busy working for Americans — even if the events were overshadowed by the Senate proceedings.

But late Saturday, hours after the vote, Biden finally released a statement about what he called “this sad chapter in our history,” saying that the substance of the charge against Trump is not in dispute despite the lack of a conviction.

“Even those opposed to the conviction, like Senate Minority Leader McConnell, believe Donald Trump was guilty of a ‘disgraceful dereliction of duty’ and ‘practically and morally responsible for provoking’ the violence unleashed on the Capitol,” he said.

Starting next week, Biden is expected to recapture the country’s attention and Congress’ focus as lawmakers return to debating his Cabinet nominations and policy proposals on Covid relief, immigration and infrastructure, among other issues.

That could be complicated by Trump, however, who is expected to emerge soon from his self-imposed bunker in Florida and begin attacking Biden and punishing Republicans who opposed him, according to two Republicans who have spoken to the former president. Some Republicans want him to work with the party to try to take back the House and the Senate in 2022.

Trump allies say the president isn’t likely to run for president in 2024 but that he still wants to stay relevant. It’s unclear what form that takes since he remains banned from Twitter, his preferred mode of communication. Presidential historians say Trump may find that he fades from political relevance after leaving office, the way former presidents Jimmy Carter and George H.W. Bush did.

Trump allies say Biden has been using Trump as a convenient foil to hide his own struggles in his first few weeks in office. Biden has been criticized for signing so many executive actions and for quickly abandoning efforts to get Republican support for his legislation. Meanwhile, more than 3,000 people continue to die each day from the coronavirus while schools and businesses remain closed.

The White House declined to comment. But Biden’s lead pollster John Anzalone made clear that the president’s team views Trump as an effective measuring stick for its success and agenda. The contrast between Trump and Biden is “easy to point out because they’re so far apart on the spectrum.”

To some extent, all presidents of a different party are critical of their predecessors and come into office eager to reverse the prior administration’s policies.

In 2009, Obama angered George W. Bush aides when he made veiled references to his predecessor in his inaugural address, critiquing “our collective failure to make hard choices and prepare the nation for a new age.” But some aides concluded later that Obama and Biden and their teams should have punched back harder against criticism from Cheney and others.

In 2017, after a brief detente after the two leaders met at the White House, Trump began criticizing Obama nonstop — blaming him for the angry protests at Republican lawmakers’ town hall meetings, blasting him for many of the leaks crippling his administration and erroneously accusing him of tapping phones at Trump Tower in the days leading to the inauguration.

The Biden White House insists it is not focused on Trump. “This may be hard to believe,” Psaki said last week. “We don’t spend a lot of time talking about or thinking about President Trump here — former President Trump, to be very clear.”

But they have spent plenty of time critiquing the decisions he and his administration made.

On Jan. 21, White House chief of staff Ron Klain said on MSNBC that the Trump administration fumbled the vaccine rollout. “Look,” he said, “because the previous administration fell so far behind on giving first shots, frankly, it’s sad.”

On Jan. 28, Psaki defended Biden’s initial flurry of executive orders, saying he ran for president so he could overturn “some of the detrimental, harmful, and, at times, immoral policies and actions of the prior administration.”

And just this week, Biden took aim at Trump’s handling of Covid during a brief trip to the National Institutes of Health. “My predecessor — I’ll be very blunt about it — did not do his job in getting ready for the massive challenge of vaccinating hundreds of millions of Americans,” he said.

Some familiar with the situation say Biden’s team will continue to engage in contrasts in the coming months, though likely not into next year, when they will be long past the Trump administration and looking toward the midterm election.

It’s similar to the strategy Biden employed against Trump during the campaign: Contrast policies and stay focused on the promise of competence and calm Americans want but try to avoid getting embroiled in every attack from Trump

“Anybody who has tried to deal with Donald Trump on his terms or his turf or engage with him at the level he prefers to interact with people — whether its name calling, misinformation or deflection — they end up not being the ones who’s calling the shots or being in control of things and there’s very little upside to giving him oxygen,” said Democratic strategist Lynda Tran.